When visiting Hong Kong, you’ve gotta eat at cha chaan tengs as often as you can! We had breakfast at Fortune City One, a mall in Sha Tin. Yep, we came back for a second day in a row!

At this restaurant, orders are placed at the front counter and picked up at the window when your number is called. The dining area is self-seating and usually packed with several shared tables. 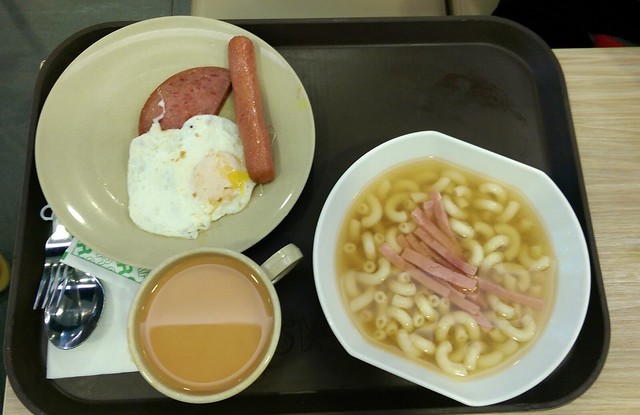 My friend had the above breakfast set. Macaroni or shell soup is very popular in Hong Kong. She chose eggs with sausage and luncheon meat as her sides. 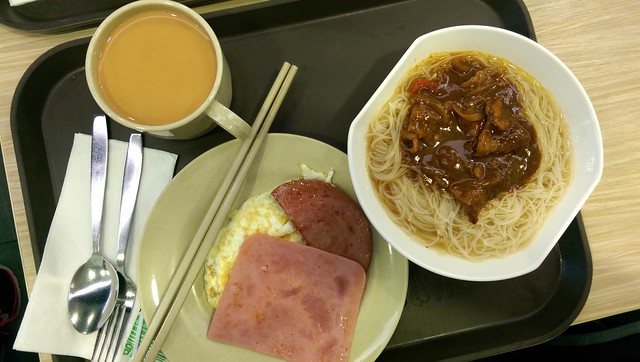 I had the above breakfast set. The standard type of noodle in noodle soups at cha chaan tengs is instant noodle, but you can have rice noodles (vermicelli) as a healthier option. On the side, I had eggs with ham and luncheon meat.