I started my day with breakfast in Central at Tsui Wah Restaurant, a cha chaan teng chain. Cha chaan tengs are a way of life in Hong Kong; food is affordable and service is quick even though it’s unhealthy. Tsui Wah started in Mong Kok in 1967 and have expanded all over Hong Kong since then.

My friend had the shredded pork & preserved vegetable w/ vermicelli in soup breakfast set. I had a tomato soup with ham and eggs. The breakfast sets came with coffee or milk tea, and crispy bun with butter for $24-26 HKD. 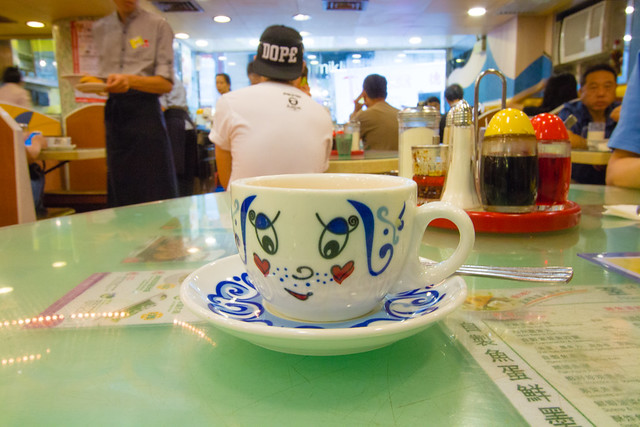 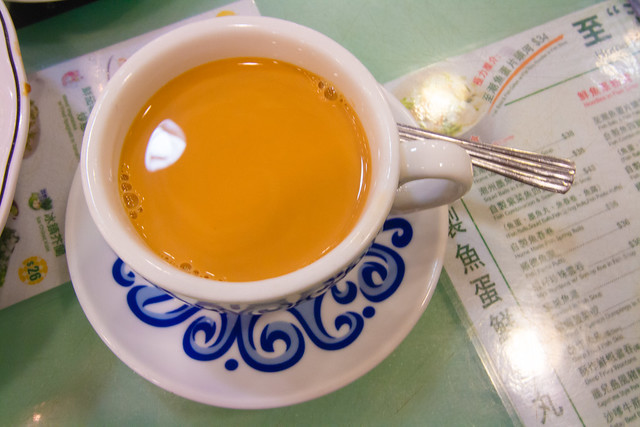 Tsui Wah shared some info about their milk teas:

Tsui Wah combines premium Ceylon tea leaves and with many years of teas-training know-how to bring the perfect cup. With a touch of Holland’s Black & White evaporated milk in a preheated teacup, the tea is perfection. 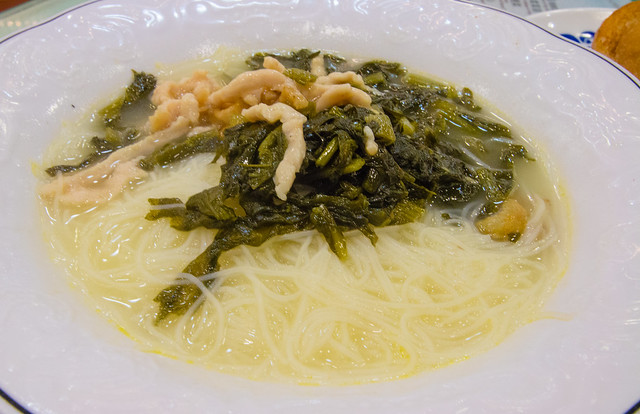 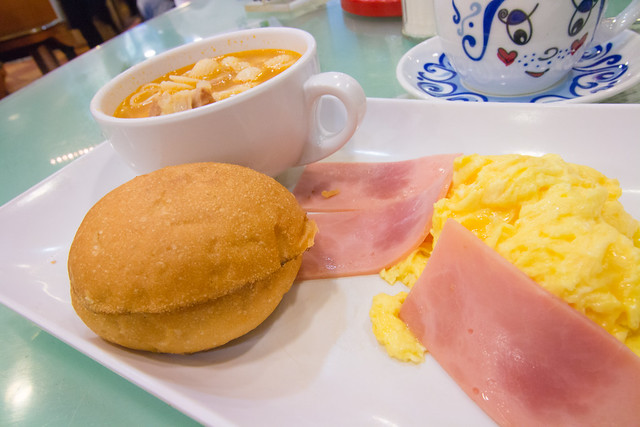 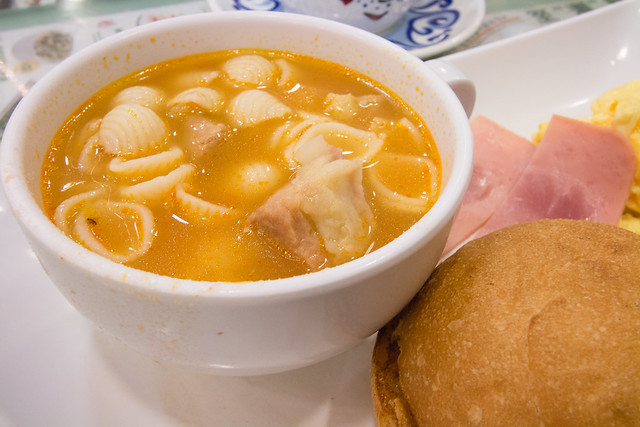 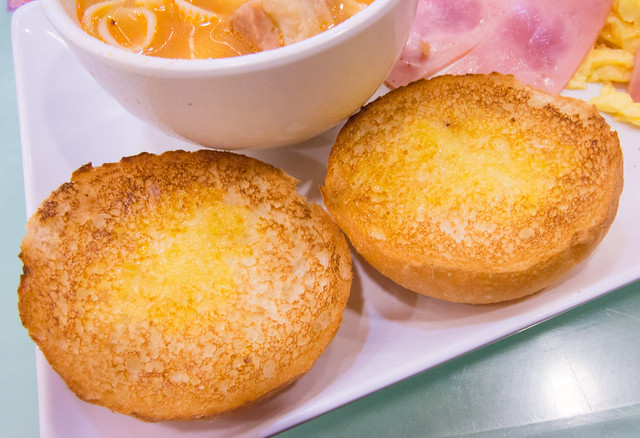 I ate the crispy buns with ham and egg on top! 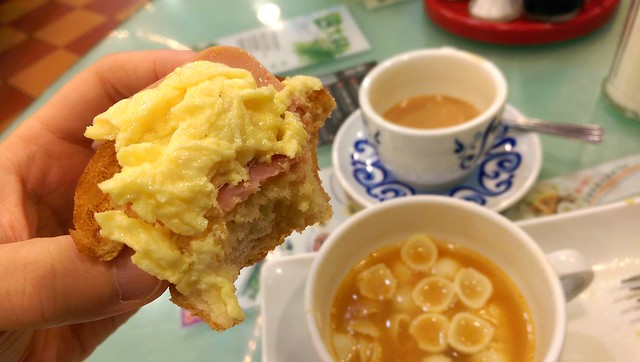 Verdict- Delicious stocking milk tea! I wish there was condensed milk on my buns, though. Overall, I enjoyed my breakfast set. I would stick to vermicelli soups though; that’s just my preference. I prefer Asian dishes over Western influenced dishes for breakfast at cha chaan tengs. My mom on the other hand, loves macaroni soups! So, this one is for you Mom! :)