When visiting Hong Kong, you’ve gotta eat at cha chaan tengs as often as you can! I had breakfast at Tsui Wah this morning, before we made our way up to Sha Tin.

We had afternoon tea at Fortune City One, a mall in Sha Tin. At this restaurant, orders are placed at the front counter and picked up at the window when your number is called. The dining area is self-seating and usually packed with several shared tables.

I had BBQ pork noodle soup w/ bok choy and stocking milk tea, while two friends shared a cold cut sandwich plate. I was perhaps too excited to eat, and spilled my milk tea…oops! 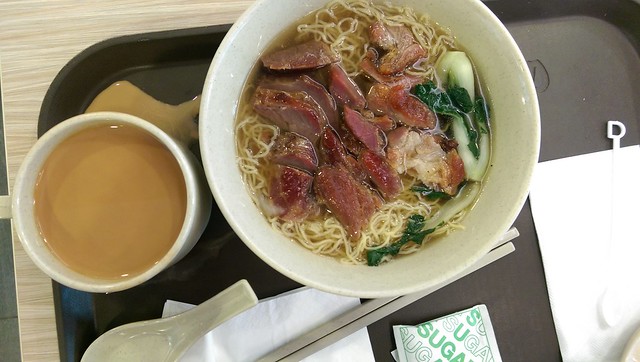 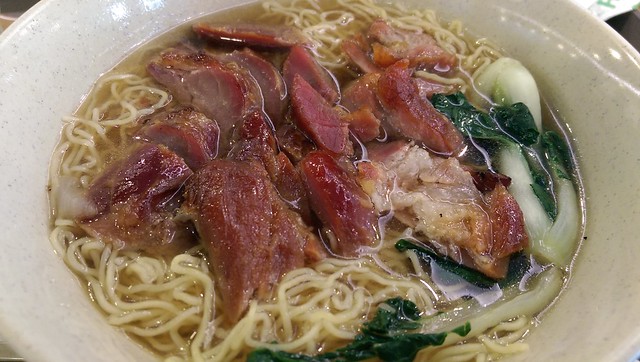 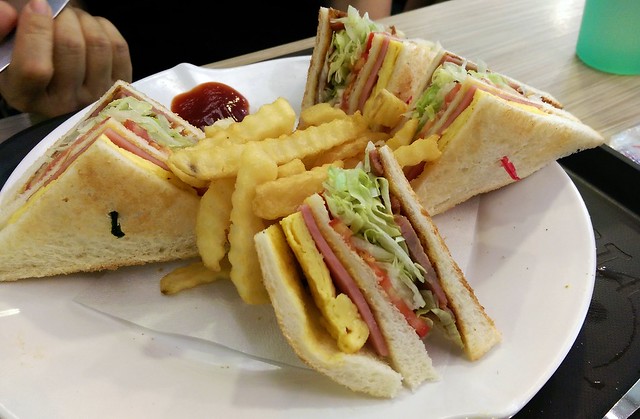 Verdict- The bbq pork noodle soup was tasty! I also preferred Tsui Wah’s stocking milk tea over Super Fast Food; Tsui Wah’s is bolder and stronger. This cha chaan teng is still way better than the ones back home, though! :)