That Food Cray has some insight into a typical cha chaan teng:

Hong Kong has an abundance of tea cafés or Cha Chaan Tengs offering quick, affordable Hong Kong style fast food notorious for terrible customer service. If you’re unfamiliar with the concept of a Cha Chaan Teng, just picture an old school Chinese style diner with unfriendly waiters serving Hong Kong’s own versions of unhealthy, convenient fast food such as noodles, sandwiches, French toast, and even curry. Regardless of how unhealthy and terrible the service of Cha Chaan Tengs may be, people can’t stop, won’t stop. Locals just seem to value fast service and affordable prices above all.

I went with a friend’s coworker to grab late lunch / afternoon tea at Lan Fong Yuen’s original location in Central. This location is a hole-in-the-wall; the narrow entrance is in between Lan Fong Yuen’s storefront stand and a grocer. 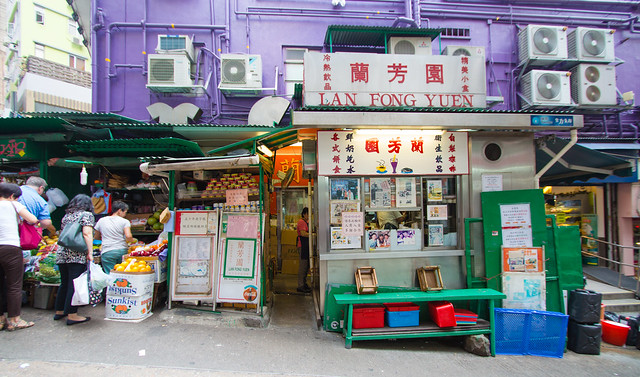 If you’re doing takeaway (take-out / to-go), orders are placed at the stand through a narrow window. If you’re dining in, proceed through the narrow walkway to a small dining room crowded with tables and stools. 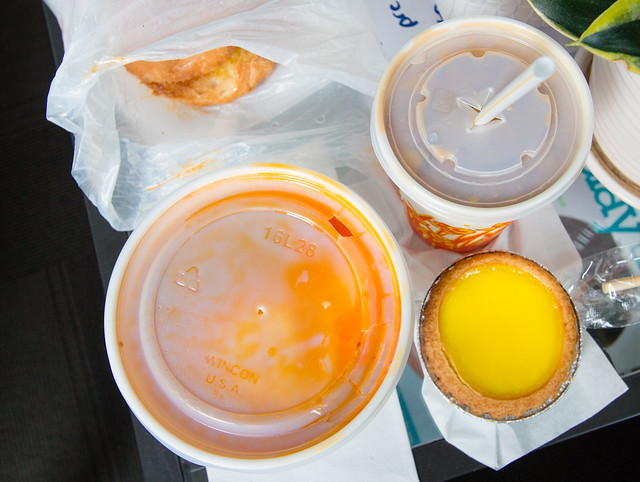 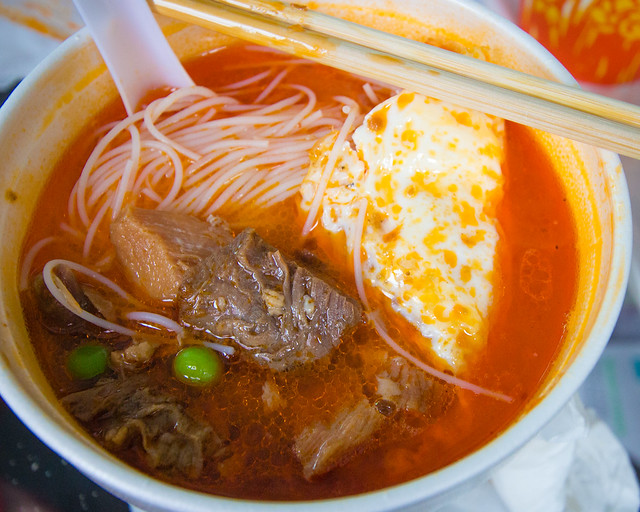 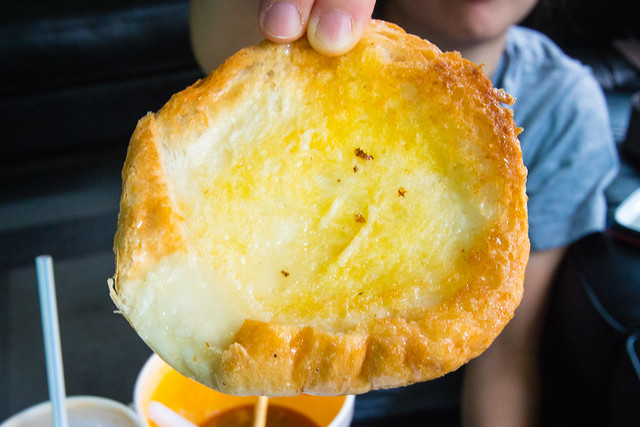 Verdict- Tasty and filling! Lan Fong Yuen’s cha chaan teng takeaways are quick, if you’re short on time. However, the humidity and hot weather melted the iced tea and watered it down. And noodle soup takeaways can get messy. I think it’s too ma-fan… I’d rather dine-in, eat quickly, and let the restaurant clean up after my mess. ;)