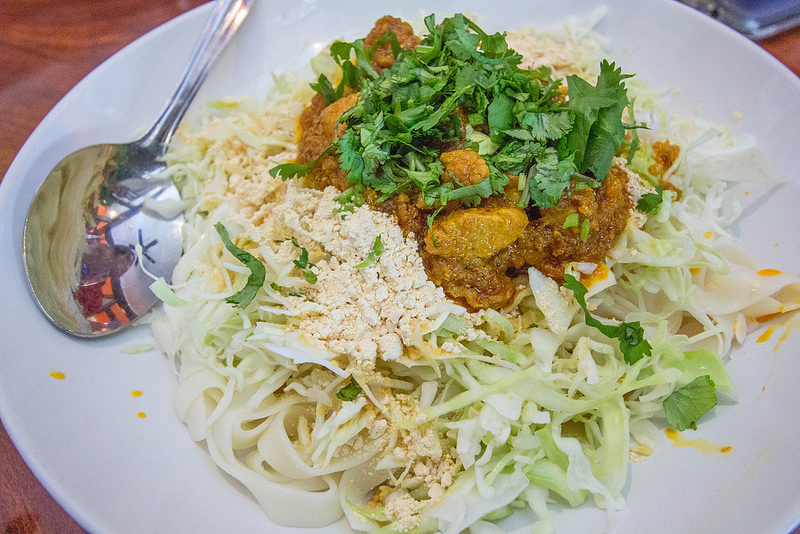 In addition to the appetizer and salad, we each ordered a dish to share. One coworker ordered this flat rice noodle dish, which turned out to be the same as nan gyi thoke, just different type of noodle! 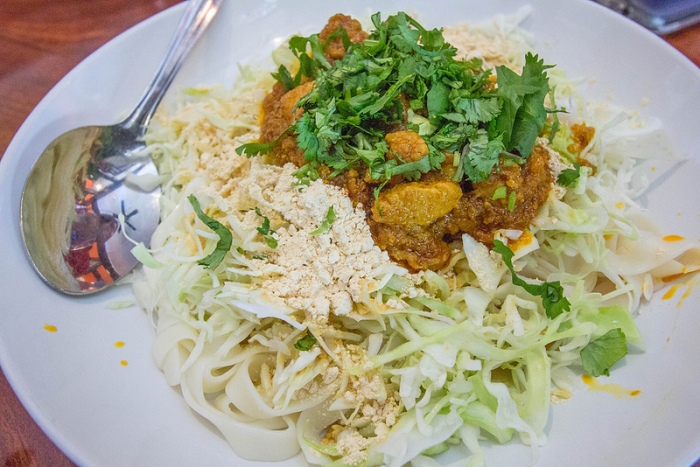 Even though the description noted chili oil, it was not spicy. The non-spicy eaters in our party enjoyed this dish! There was chili pepper available at our table in case one wanted to make his/her dish spicier.

The Burmese love their noodles, and in addition to the Chinese-influenced noodle dishes that are found everywhere in Southeast Asia, in Myanmar, you’ll also discover a uniquely indigenous repertoire of noodles.

Unlike Thailand’s noodle dishes, Myanmar’s have an almost total lack of sugar, and ingredients such as chickpea flour, turmeric oil, deep-fried garlic and toasted sesame provide the dishes with a distinctly savoury profile. Unlike their counterparts in Vietnam, the emphasis is typically on the noodles and seasonings, not meat or herbs, making Burmese noodle dishes generally quite heavy and hearty. The Burmese also have a particular fondness for ‘dry’ noodles, that is, with broth served on the side. And variety of deep-fried crispy garnishes show an appreciation for texture that one doesn’t generally encounter elsewhere.