Macanese cuisine is unique to Macau, and consists of a blend of southern Chinese and Portuguese cuisines, with significant influences from Southeast Asia and the Lusophone world. Many unique dishes resulted from the spice blends that the wives of Portuguese sailors used in an attempt to replicate European dishes. Its ingredients and seasonings include those from Europe, Latin America, Africa, India, and Southeast Asia, as well as local Chinese ingredients.

Common cooking techniques include baking, grilling and roasting. The former, seldom seen in other styles of Chinese cooking, speaks to the eclectic nature of Macanese cooking. Macau is renowned for its flavour-blending culture, and modern Macanese cuisine may be considered a type of fusion cuisine. Typically, Macanese food is seasoned with various spices including turmeric, coconut milk, cinnamon, and bacalhau (dried and salted cod), giving special aromas and tastes.

Boa Mesa had duck stew, a very traditional Macanese dish, which we got and it went really well with rice. 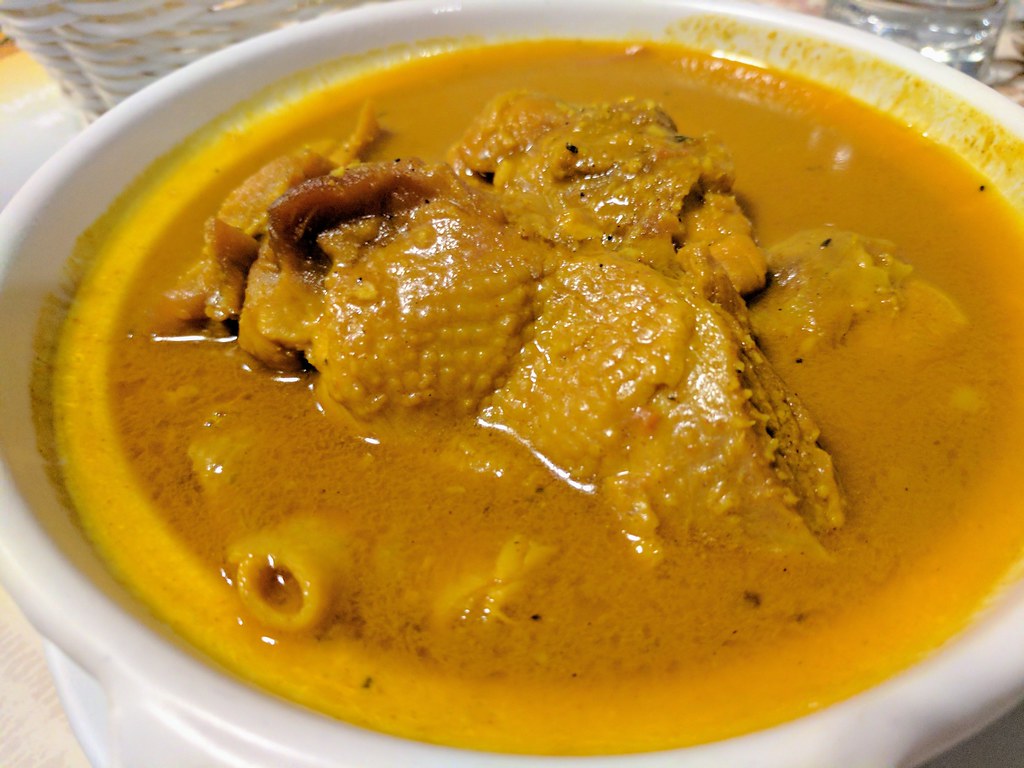 Pato de Cabidela is a very traditional Duck Stew dish from Macau. It is a signature dish based in both Portuguese and Macanese cuisine historically. It combines duck cooked together with red wine and duck’s blood to create a richly textured and uniquely tasting stew. It is best served in combination alongside some rice to fully savor the flavorful sauce. Chicken is also a very popular substitute for duck in this dish and both types of stew are very similar in texture and flavor.