Today, my sister and I visited my childhood friend of over 25 years, in Kobe. We met at an oralism school I attended, and my mom kept in touch with her mom through Christmas cards. After my friend and I were old enough to write, we would then write each other almost every year. They visited us in the Bay Area a few years ago, and now we have a chance to visit them!

Kobe is a great suburban-like place for my sister and I to unwind from the bustling Tokyo. In fact, everytime my friend’s mom looks at the Kobe harbor, she is reminded of the Bay Area. Take a look at the photo below, and you’ll see why!

When you’re in Kobe, you’ve gotta have Kobe beef! By the way, ‘Kobe’ is pronounced ‘Ko-BEH’, not ‘Ko-BEE’ like that NBA player…

Kobe beef (神戸ビーフ) refers to beef from the Tajima strain of Wagyu cattle, raised in Japan’s Hyogo Prefecture according to rules as set out by the Kobe Beef Marketing and Distribution Promotion Association. The meat is a delicacy renowned for its flavour, tenderness, and fatty, well-marbled texture. Kobe beef can be prepared as steak, sukiyaki, shabu shabu, sashimi, and teppanyaki.

My friend’s family made reservations at Wakkoqu, a well-known teppanyaki-style steakhouse near Shin-Kobe Station. 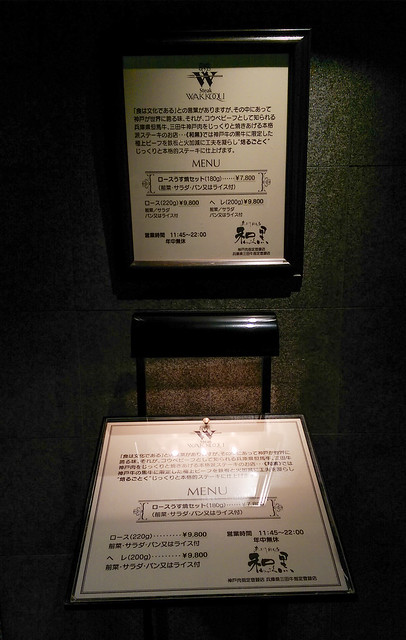 We had two 220g sirloin, for four females. They brought out the two pieces of sirloin along with a plate of assorted vegetables (both pictured below). 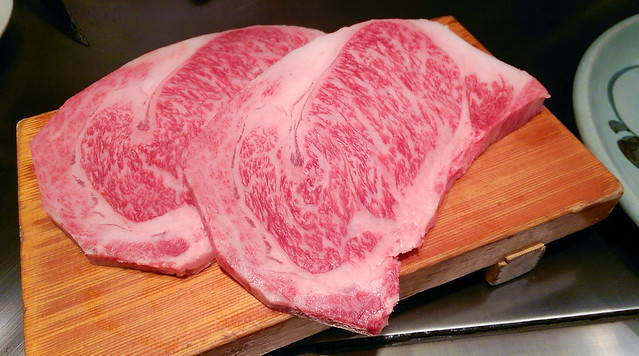 The food was cooked on a teppanyaki grill right in front of us. The chef was really nice, and knew some English too! 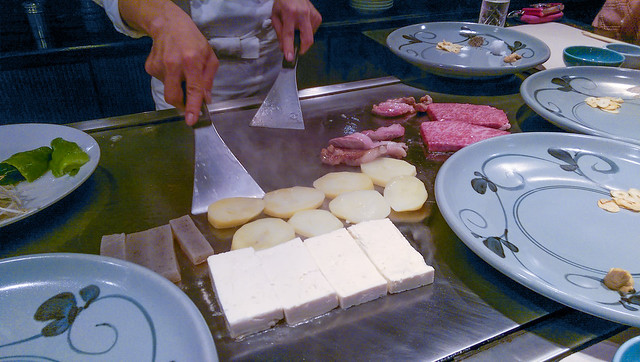 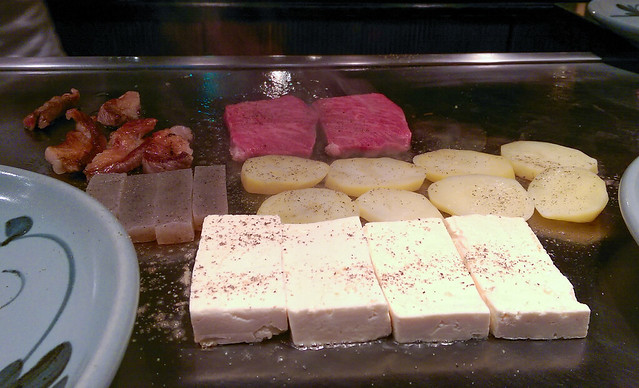 The chef instructed us to eat the first four pieces of meat on our plate, in a certain way. The first one with horseradish, the second with salt, the third with pepper dipped in a sauce, and the last with fried garlic. 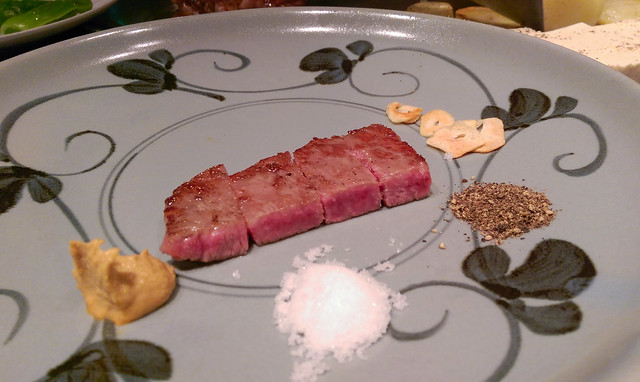 I was completely blown away by how amazing Kobe beef was, on my first bite. It is light, soft, and has that melt-in-your-mouth goodness. Rice is traditionally served at the end of a meal. Most ask for fried rice with garlic, while some ask for plain rice. The fried rice is cooked with lots of garlic, and served with a small plate of pickled vegetables on the side. For dessert, we had a scoop of melon ice cream. That helped get rid of that garlic aftertaste! 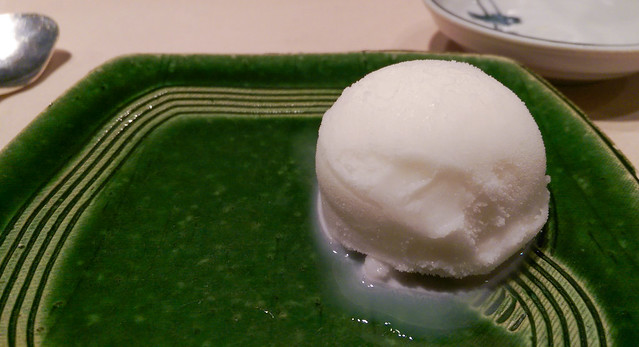 Kobe beef is a must when in Kobe, no doubt about that!