My sister and I arrived at TPE from SFO this morning, and went straight to our Airbnb location. One of the hosts recommended an American-style restaurant nearby for brunch!

I picked the Baby Anchovy Pesto Omelet (NT$260), which came with potato wedges and toasted multi-grain bread. The meal also came with a choice of two drinks; I had fresh guava juice and milk tea. 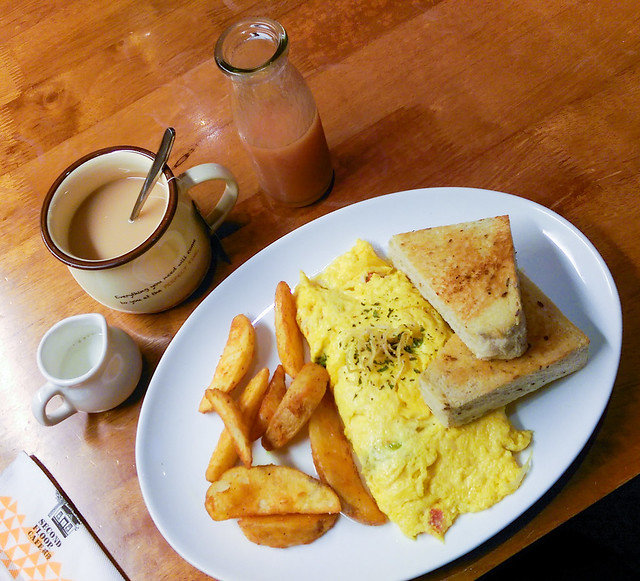 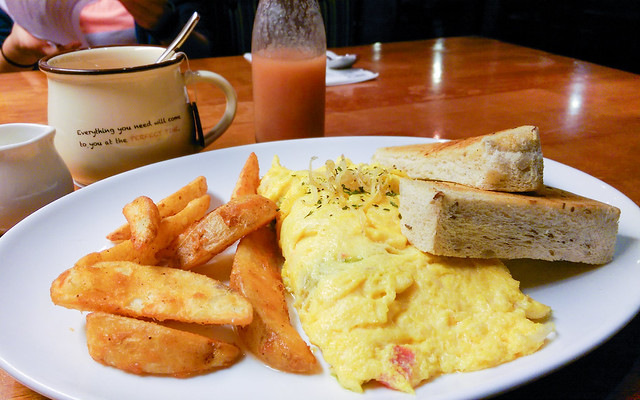 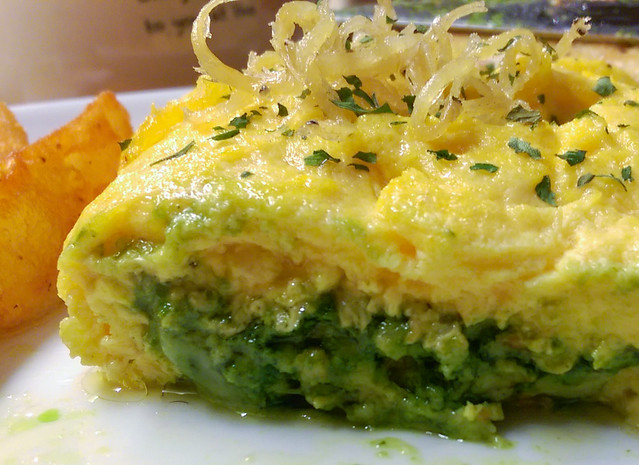 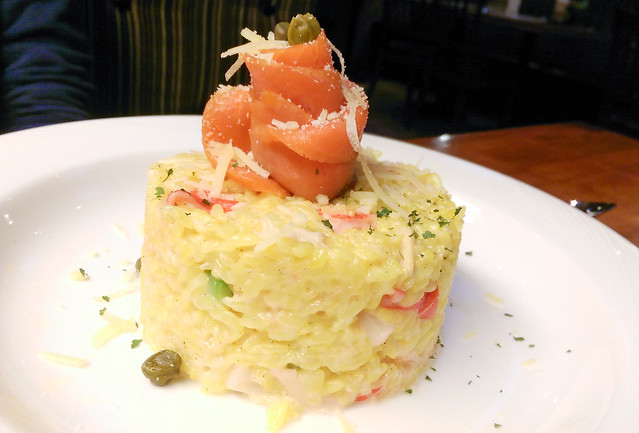 My omelet was the standard type of omelette but with a pesto filling and anchovy topping. The multi-grain is more catered to Taiwanese; in America it is usually a plain toasted white bread or garlic bread. There was nothing special about the potato wedges; it tasted the same like the ones you’d have in America.

As for my sister’s dish, it is nothing you’d see on a traditional American menu, except if it was an Asian fusion restaurant. The smoked salmon on top has parmesan and capers. Smoked salmon plus capers is called salmon lox. Smoked salmon served with rice is an Asian method, so this is more or less considered American fusion here in Taiwan.

If you’re in Taipei and craving for American food, check out Second Floor Cafe! This is a popular restaurant chain in Taipei and usually packed on weekends. They also have a bakery with a selection of breads and dessert!