It’s our last day in Pasadena! We decided to have lunch at the famous Din Tai Fung in Arcadia, ~15 min from Downtown Pasadena. Here is an introduction of Din Tai Fung, from Wikipedia:

In the US, they are located in Seattle, Washington and Arcadia, California. There are actually two Din Tai Fung locations in Arcadia which are next to each other. On Saturdays, the first location opens at 10:30am, while the second location opens at 11:00am.

We arrived at the parking lot of the second location at 10:30am and noticed the line for the first location was already long! So we decided to stay at the second location, where we were second in line! The line got much longer and eventually wrapped around two corners of the building! The restaurant opened its doors immediately at 11am, and we were seated right away.

There were five of us and we ordered six dishes, shown below. Please excuse the blurriness; I used my HTC One M8 and didn’t realize the lenses were smeared. 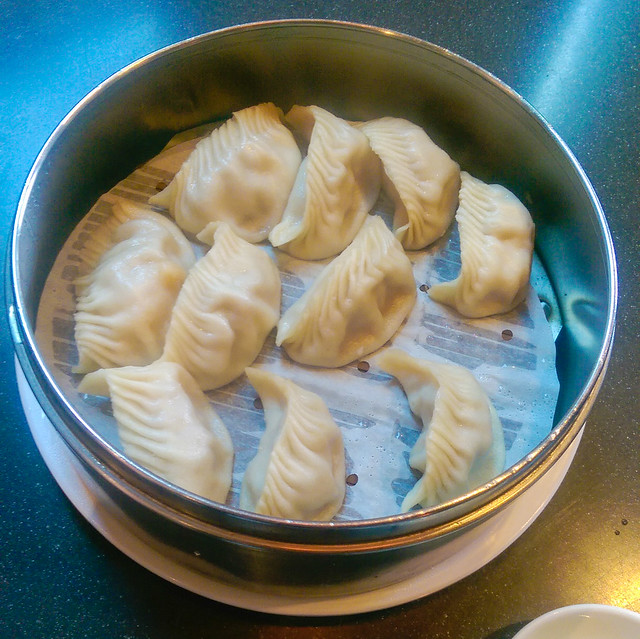 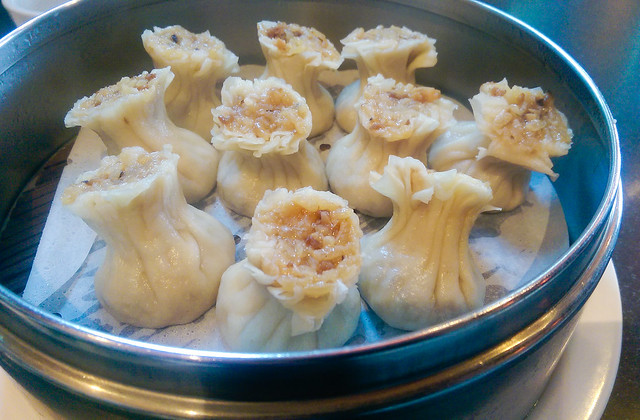 The open-faced dumpling is called ‘shaomai’ in Mandarin, while it is called ‘siumai’ in Cantonese. It originated in Guangdong as a pork and shrimp dumpling, and later spread to other regions with different adaptions. The rice & mushroom shaomai we had was unique to Shanghai: 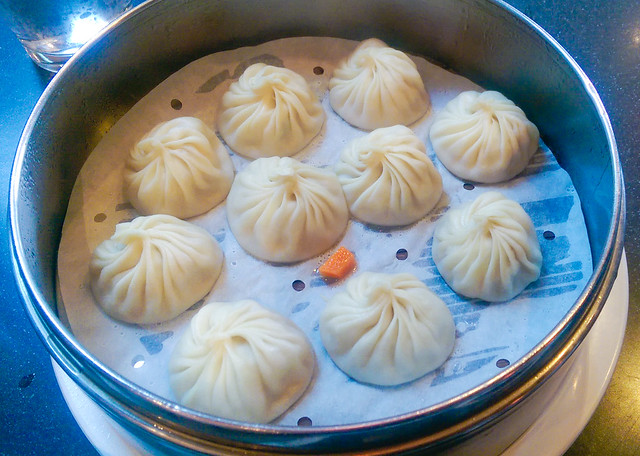 These dumplings are commonly known as ‘xiaolongbao’ in Mandarin, and ‘xiaolongmantou’ in Shanghainese:

Xiaolongbao is a type of steamed bun (baozi) from the Jiangnan region of China, especially associated with Shanghai and Wuxi. It is traditionally prepared in xiaolong, small bamboo steaming baskets, which give them their name. As is traditional for buns of various sizes in the Jiangnan region, xiaolongbao are pinched at the top prior to steaming, so the skin has a circular cascade of ripples around the crown. Xiaolongbao are traditionally filled with pork. One popular and common variant is pork with minced crab meat and roe. —Wikipedia

Xiaolongbaos are to be eaten carefully. They are filled with meat and a bit of soup, so nibble into the dumpling gently at first or poke to let some steam out. Otherwise if you just stuff ’em into your mouth, it can explode in your mouth and burn your tongue! Or if you bite it halfway, the soup will squirt across the table! 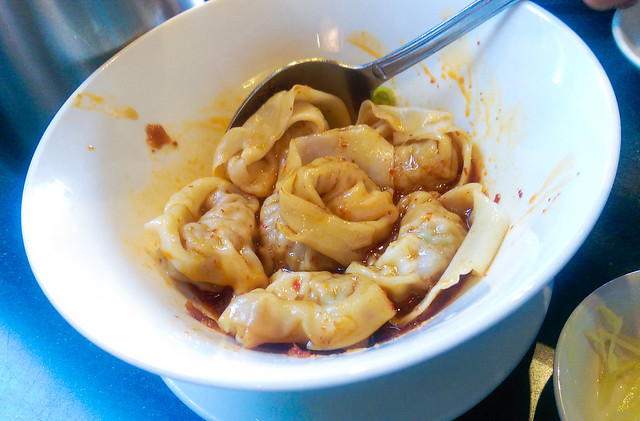 China has many regional varieties of wonton; this one is from Sichuan:

In Sichuan, semi-pentagonal wonton are known as chāo shǒu (抄手, lit. “crossed hands”) since after initially folding the wonton skin into a right triangle, each end of the hypotenuse are pressed against the middle of opposite sides, creating an impression of crossed arms/hands. These are often served in a sesame paste and chili oil sauce as a dish called “red oil wonton” (红油抄手). —Wikipedia 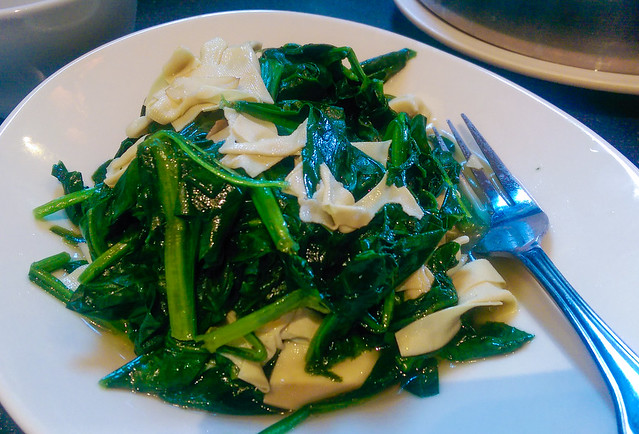 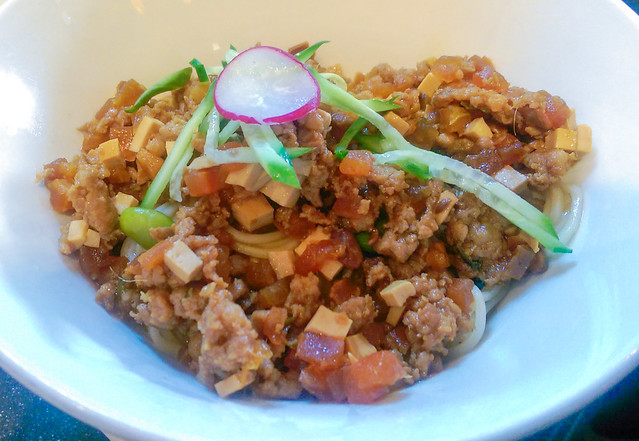 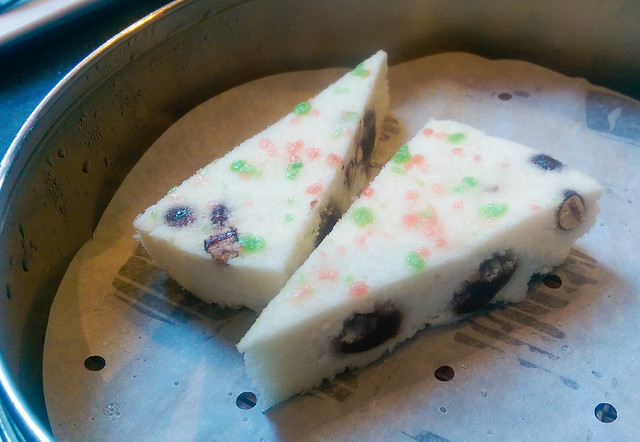 Verdict: Delicious dumplings! The 30min wait prior to opening time was worth it. Din Tai Fung, please come to the SF Bay Area!