I went to Valley Fair to shop at the LEGO Store after work. I hadn’t gotten dinner yet, and was both hungry and thirsty, so I decided to check out Mealtop, a popular Korean patbingsu (shaved ice with red bean) chain based in Seoul. This very location is the first in the United States. Yep, it’s in the SF Bay Area before SoCal!!

Mealtop has 4 different shaved ice flavors- original milk, fruit, coffee, and green tea. It only comes in one size for $4.95 USD, and is served with red bean and mochi on the side. I went with the original milk shaved ice. 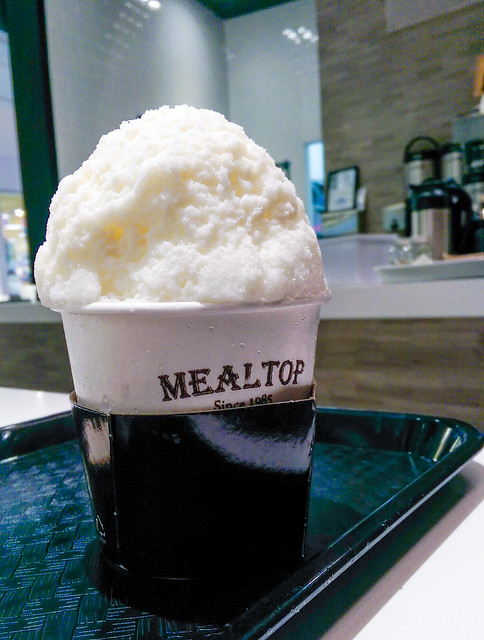 Red bean is usually placed on top of the shaved ice, like Paris Baguette’s “Well Being Shaved Ice”. This location serves red bean with 2 pieces of mochi on the side. 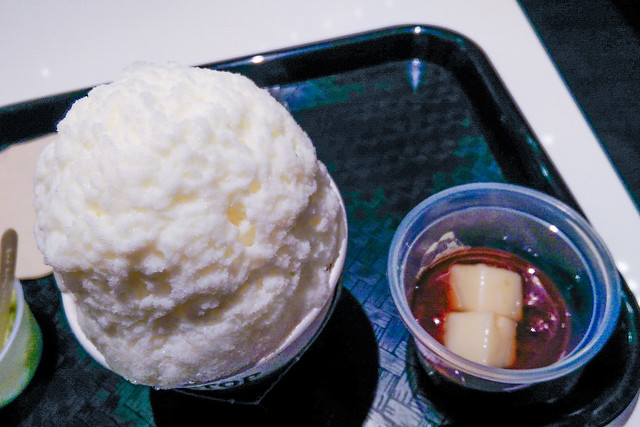 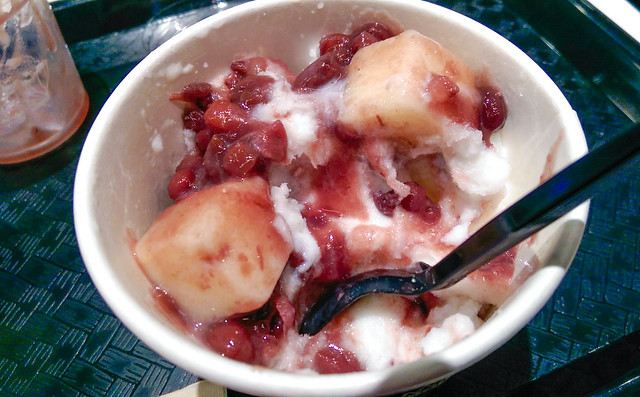 Mealtop is a good place to wind down after shopping. Mealtop’s patbingsu is a perfect size to share with your shopping buddy. Or you can eat it all by yourself, just like I did! They can make your patbingsu to-go as well. (Just make sure it doesn’t melt!)

Here’s some info about the Korean dessert, from Wikipedia:

The early forms of patbingsu consisted of shaved ice and two or three ingredients, red bean paste, tteok/ddeok, and ground nut powder. The earliest forms of patbingsu can be found in the Joseon Dynasty (1392-1897). Government records show officials sharing crushed ice topped with various fruits. Some historians believe that the early forms originated from a Chinese tradition of eating snow or ice topped with fruit juices, but Korea disputes this origin.

The modern forms of patbingsu are reputed to originate during the period of Korea under Japanese rule (1910-1945) with the introduction of a cold red bean paste dish. However, the combinations of red bean paste and shaved ice is a Korean invention. During the Korean War (1950-1953), foreign influence led to the inclusion of ingredients such as Fruit cocktail, ice cream, fruits, nuts, cereal, and syrups, and whipped cream. In the 1970s and 1980s, popular ingredients included fruit cocktail, whipped cream, and maraschino cherries.