Cha chaan tengs are a way of life in Hong Kong; food is affordable and service is quick even though it’s unhealthy. Tsui Wah started in Mong Kok in 1967 and have expanded all over Hong Kong since then.

I ended my Hong Kong trip at Tsui Wah Restaurant at Hong Kong International Airport (HKG). Yep, there’s several sit-down restaurant at the airport, in the non-restricted area just before the security checkpoint! We ordered three dishes, plus one milk tea for myself. I managed to take a photo of every dish, and have included the restaurant’s description of the dish underneath most of the photos. 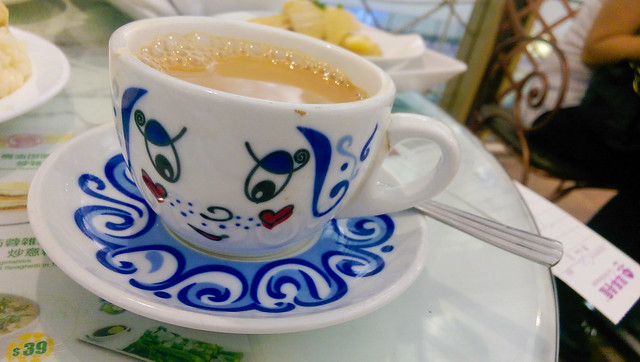 Tsui Wah combines premium Ceylon tea leaves and with many years of teas-training know-how to bring the perfect cup. With a touch of Holland’s Black & White evaporated milk in a preheated teacup, the tea is perfection. 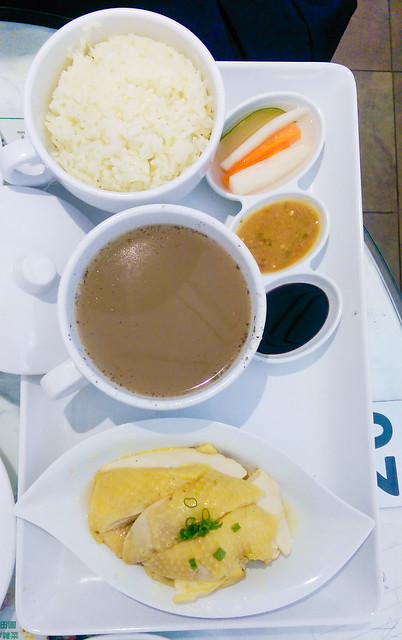 Juicy, boneless and tender, delivering satisfaction to your taste buds, the dish is served with a bowl of flavored oil rice made with chicken stock, basil and lemon grass. 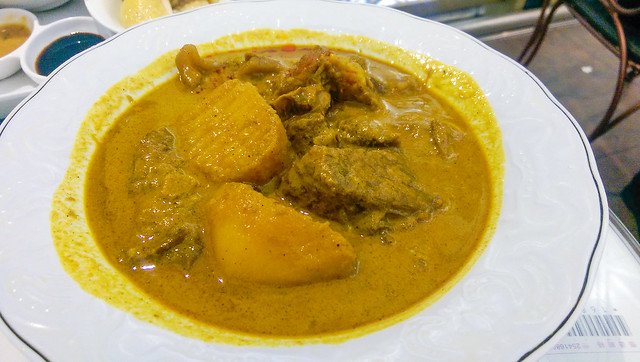 Tsui Wah’s signature curry is made from a secret recipe from a Malaysian chef in the 60s. Natural and fresh ingredients are blended with imported curry powder and over 30 types of herbs and spices. Stewed for over 6 hours a day. 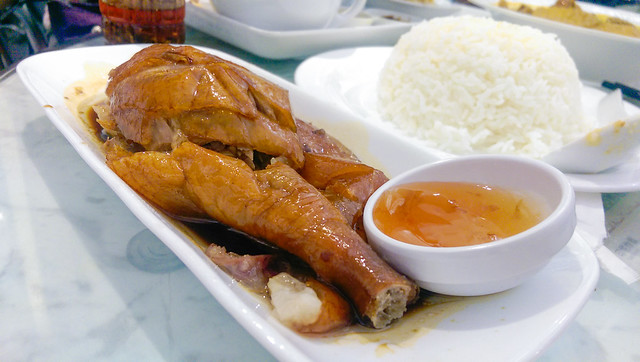 The menu had a page listing various roasted meats. Roasted goose is to Cantonese cuisine, as Peking Duck is to Beijing cuisine. Wikipedia has a short explanation of this dish:

In Southern China [and Hong Kong], roast goose is a variety of siu mei, or roasted meat dishes, within Cantonese cuisine. It is made by roasting geese with seasoning in a charcoal furnace at high temperature. Roasted geese of high quality have crisp skin with juicy and tender meat. Slices of roasted goose are generally served with plum sauce. 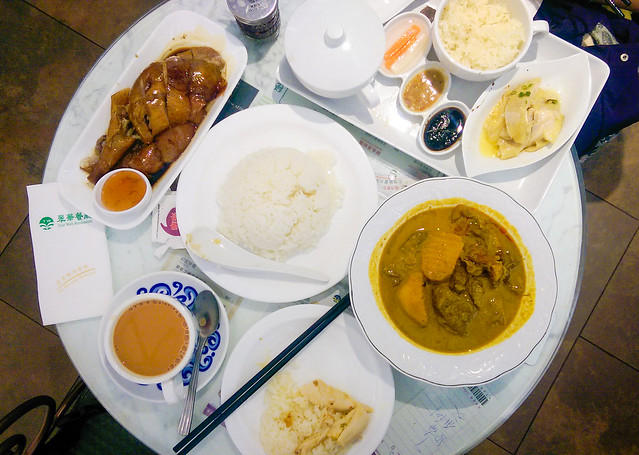 That milk tea helped me stay awake a bit longer during the long flight back home! I was also super full after eating, and skipped my first in-flight meal four hours into the flight.

There is also a Tsui Wah Eatery past the security checkpoint (restricted area) and is more of a food court restaurant. If you have a short layover at HKG, try stopping by Tsui Wah to get Hong Kong’s cha chaan teng experience!