Hong Kong is infatuated with Korean celebrities! Kim Soo Hyun and Lee Min Ho were on advertisements everywhere in Hong Kong. Check out my photo album on Flickr to see what I’m talking about! According to SCMP, Hongkongers even picked Korean heartthrob Kim Soo-hyun as Man of the Year, ahead of poltiticians and protestors. How crazy is that?!

At every Häagen Dazs vendor, there was an ad showing Kim Soo Hyun holding an ice cream crispy sandwich (脆皮雪糕三明治). 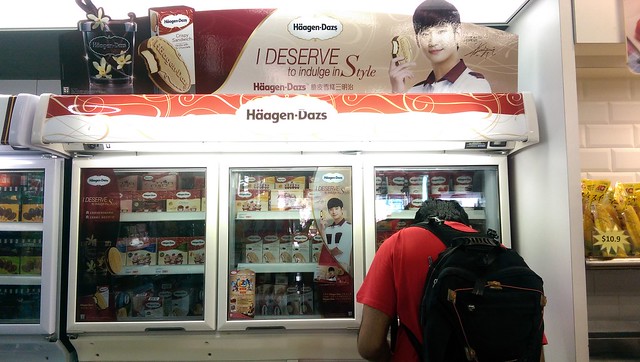 In 7-Eleven at The Peak Galleria, The Peak, HK 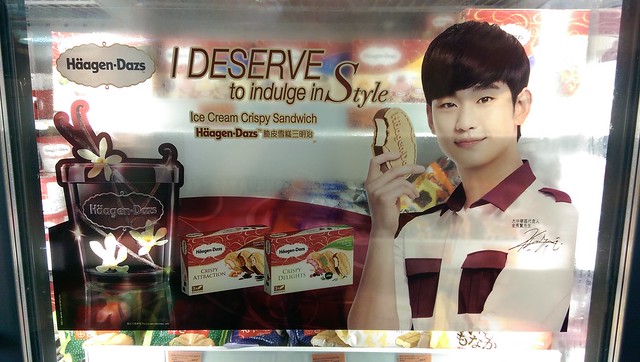 In the United States, we have Häagen-Dazs cups/tubs and bars on popsicle sticks. I’ve never seen a Häagen-Dazs ice cream crispy sandwich in the States. It’s only available in some Asian countries. Thus, I had to try one before heading back home, and got a green tea flavored crispy sandwich. 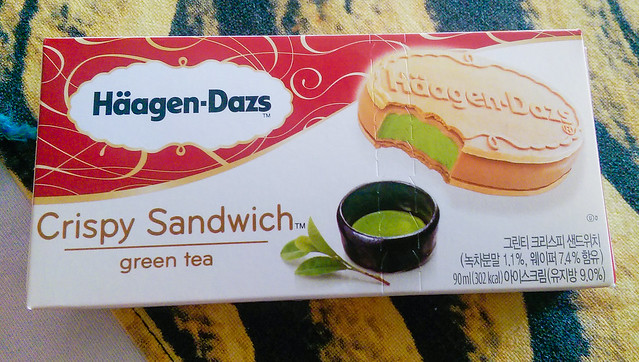 The nutrition facts were written in Korean. That could only mean these ice cream crispy sandwiches were made for South Korea and imported to Hong Kong! I was also told that these had been available in Hong Kong for quite some time. 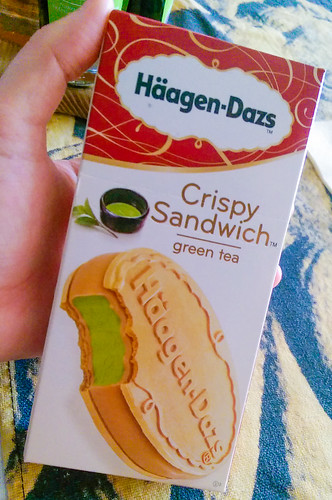 Aren’t you anxious to see what it looks like?! 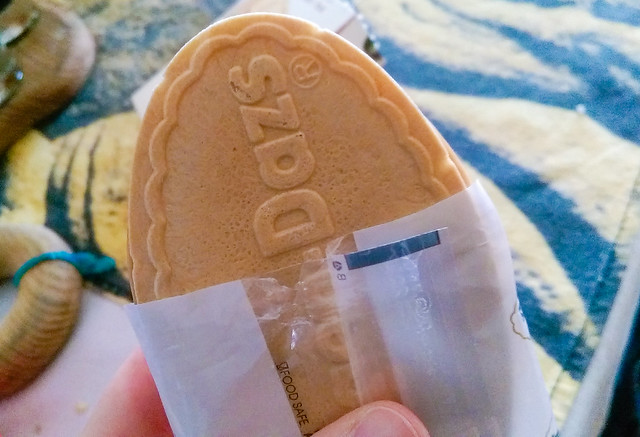 The green tea ice cream had caramel coating and was sandwiched between wafers. 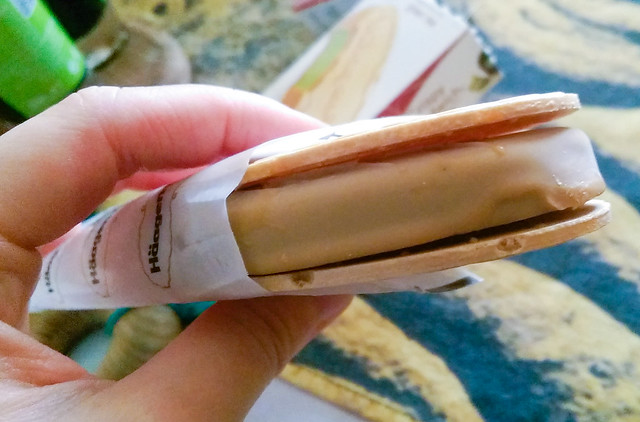 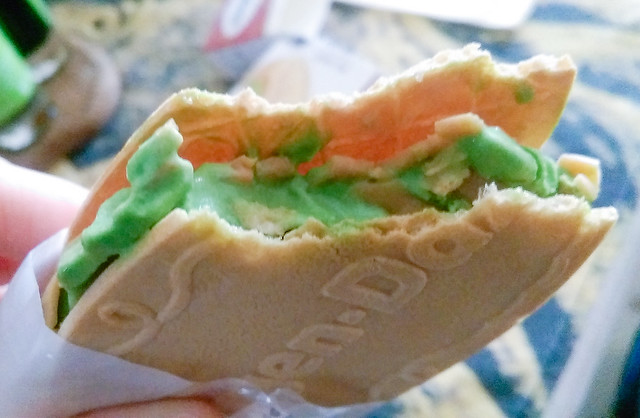 The ice cream started melting as soon as I bit into it, even though I was eating indoors with AC blasting on. Yes, it was that crazy humid in HK! Eating the crispy sandwich brought back childhood memories of snacking on cream wafer sandwich cookies. ^^

Have you tried these ice cream crispy sandwiches before? Where did you try them? Which flavor did you like?

Posted on October 3, 2014 by Mango in Hong Kong, South Korea