I visited a friend at South Horizons, in Ap Lei Chau (also known as Aberdeen Island). Ap Lei Chau is an island at the southwestern part of Hong Kong. Did you know that Ap Lei Chau ranks as one of the top three most densely populated island in the world?!

I had dinner with my friend and his mom. We had two seafood dishes and one beef dish. We also had steamed rice to go along with our meal. All three dishes went really well with rice! :d 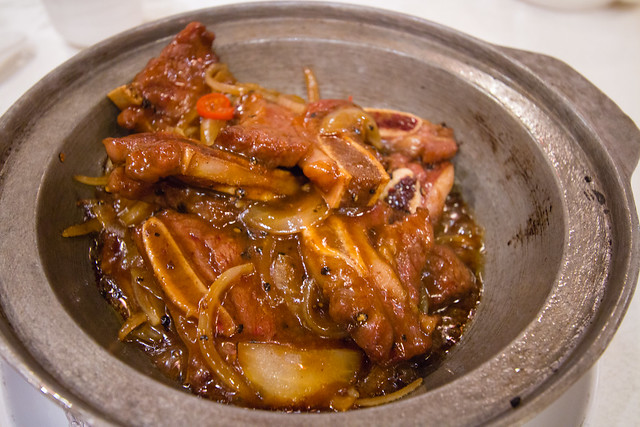 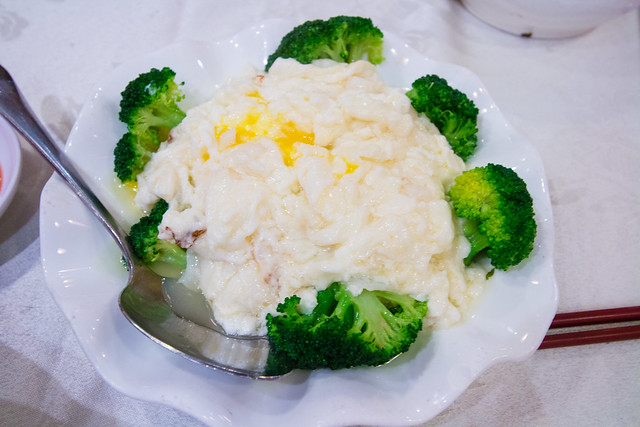 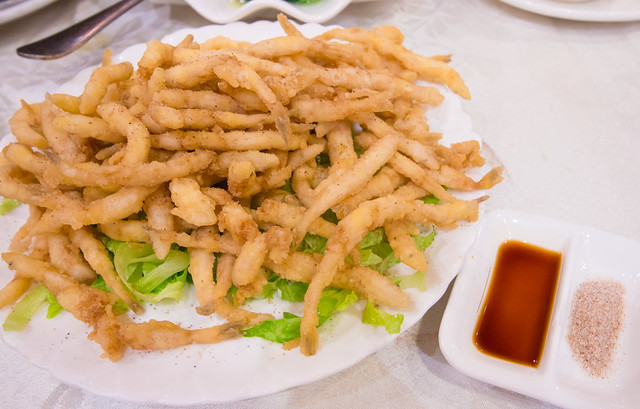 You may be thinking, “silver fish”?! It’s an actual fish called whitebait; not the insect. The Chinese named the fish ‘銀魚’ which translates to ‘silver fish’. The fried fish is typically eaten with salt and pepper, or soy sauce. 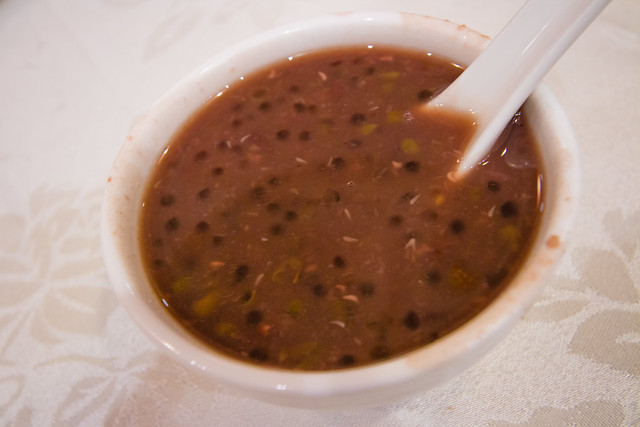 At the end of the meal we had complimentary red bean soup, which also had mung bean sprouts.