Hong Kong has many different types of restaurants, and it’s known to be the culinary capital of Asia. There’s cheap eats at convenience stores, all you can eat (AYCE) barbecue or buffet, street food, bakeries, and cha chaan tengs. There’s also American, European, Mediterranean, Middle Eastern, African, Southeast Asian, and all sorts of other Asian food! Hong Kong’s food is predominantly imported, so meat (especially beef) tends to be on the pricier side.

My friends and I had AYCE Korean barbecue for dinner at Hon Wo Korean Restaurant (漢和韓國料理) in Tsuen Wan. Hon Wo is a restaurant chain, with three other locations in Causeway Bay, Mong Kok, and Kwun Tong. 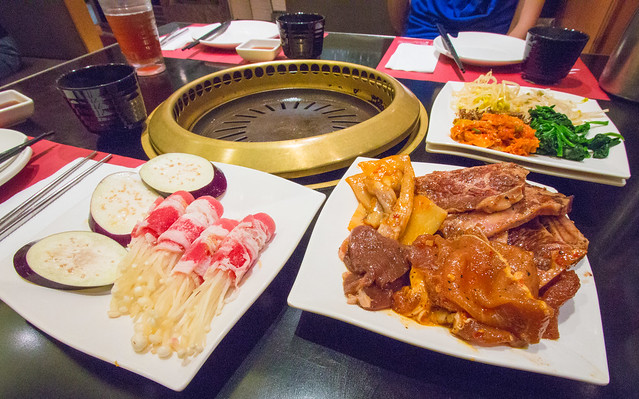 We got several plateful of raw foods and cooked it on our bbq table. We also had an assortment of side dishes (banchan), seafood pancake, japchae, and some cooked Chinese vegetables such as bok-choy and cabbage. 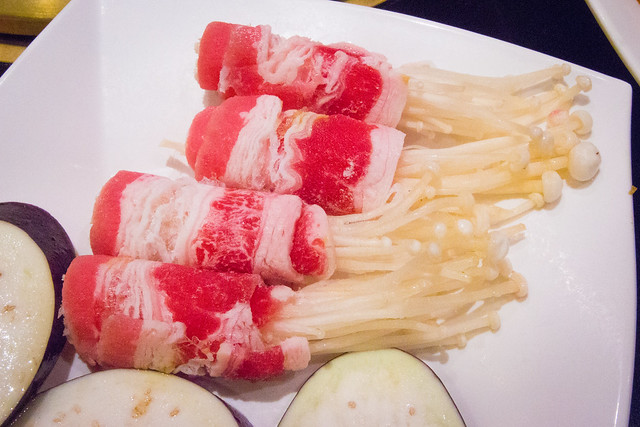 I thought the Enoki mushrooms wrapped in beef (shown above) was the most interesting item at Hon Wo! I’d never seen that before… 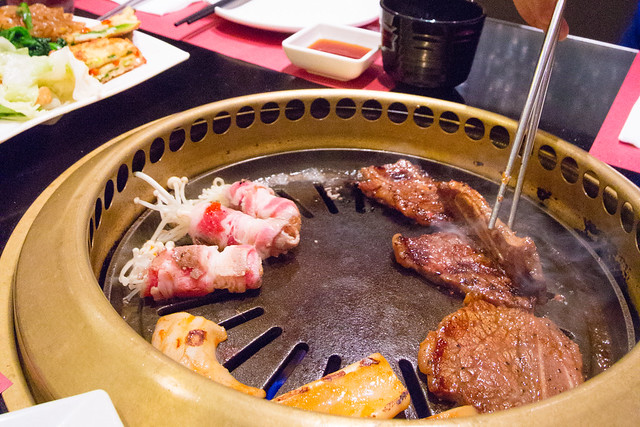 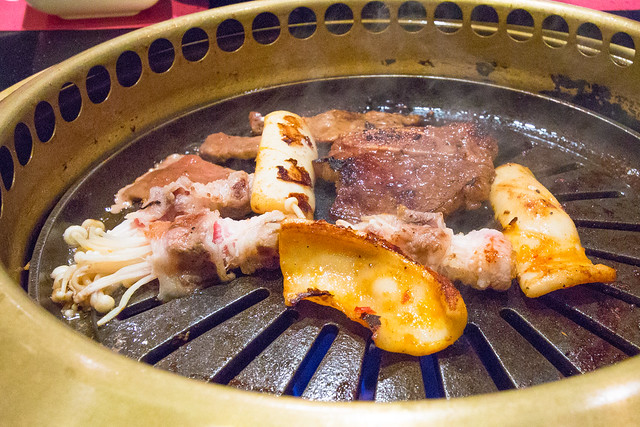 Our dinner tab came down to $168 HKD per person. Hon Wo is also open at lunch for $108 HKD but with fewer meat choices (no short ribs).