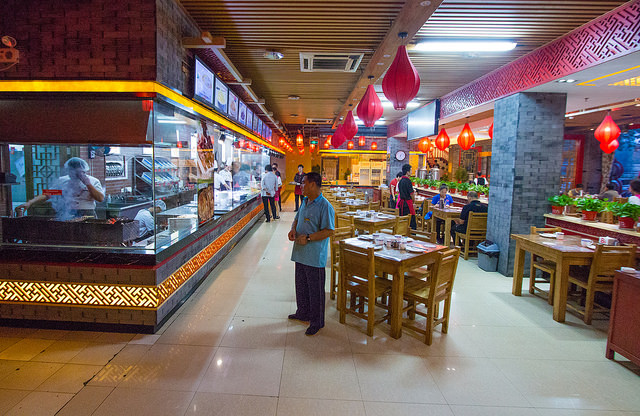 We flew back to Beijing from Xi’an and visited Educational Services Exchange (ESEC). ESEC is known for its Total Immersion Program (TIP), which as the name implies, is a total immersion program for students (mostly from Western China) to improve their English language. Their students are required to use English at all times during the program, and are not allowed to communicate in Chinese (verbally and written). It’s a 21-day program and they’re even thinking of shortening it! Isn’t that crazy?! But it actually works! The program has been in effect since 2005. They’ve got a nice YouTube video, if you’re interested in checking it out!

We met up the founder of the program and had dinner with him, across the street from ESEC. The restaurant’s interior was vibrant and elegant. It was red everywhere, from the walls to lanterns to table markings. The Chinese are infatuated with the color red because it symbolizes joy and good luck. 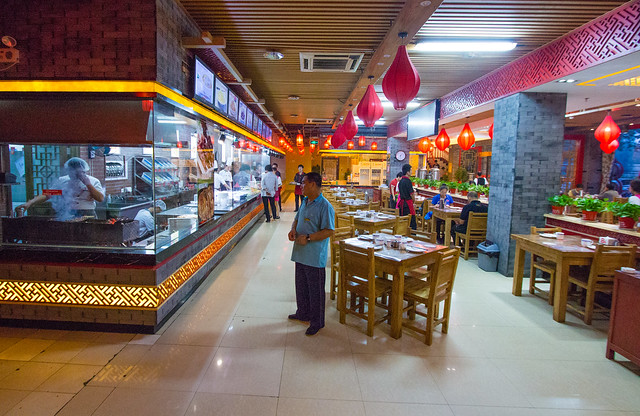 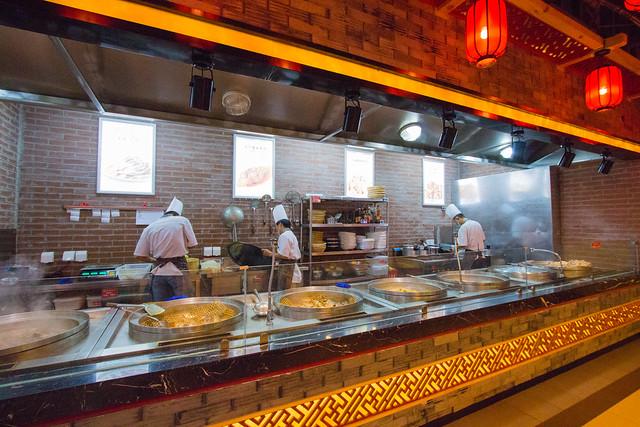 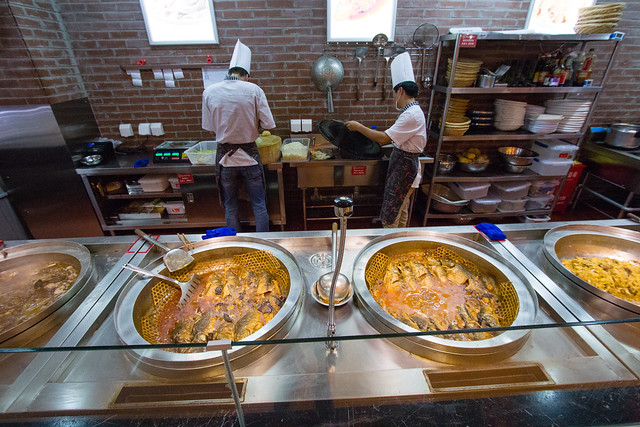 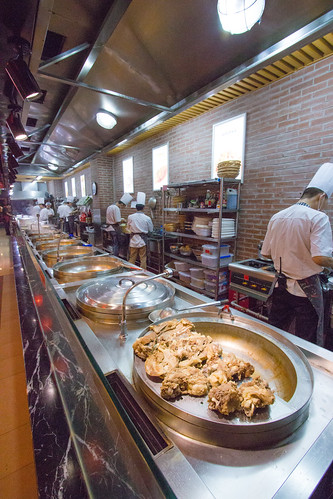 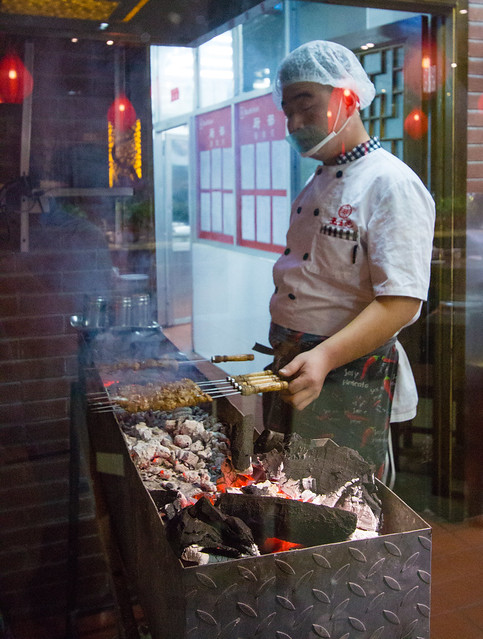 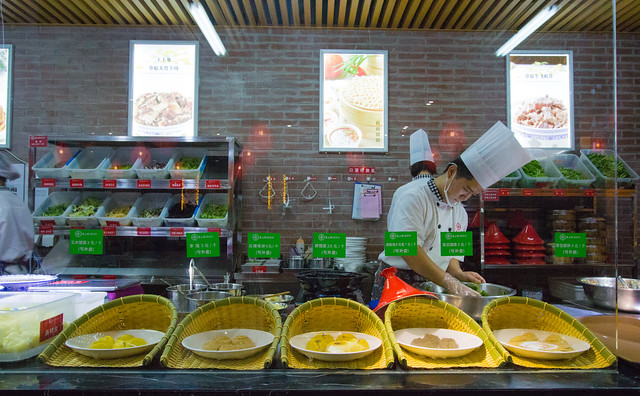 We had a number of dishes unique to Beijing, Inner Mongolia, Shanxi, and Xinjiang. Here are some of the dishes I managed to take shots of. 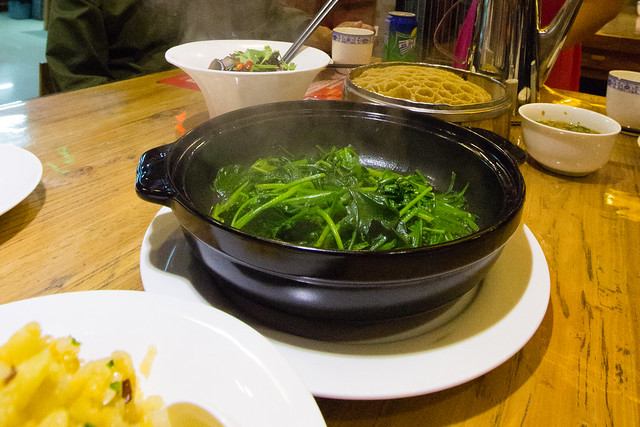 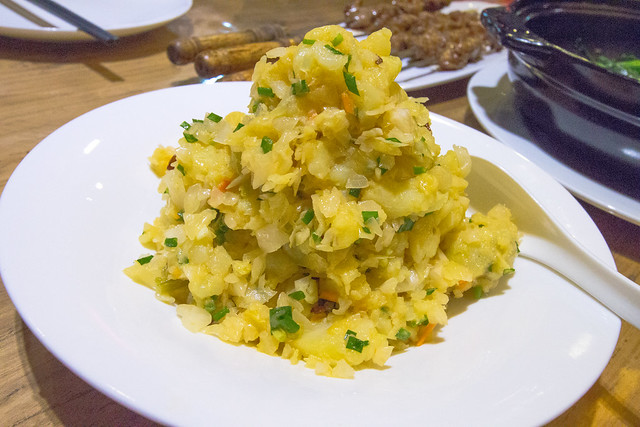 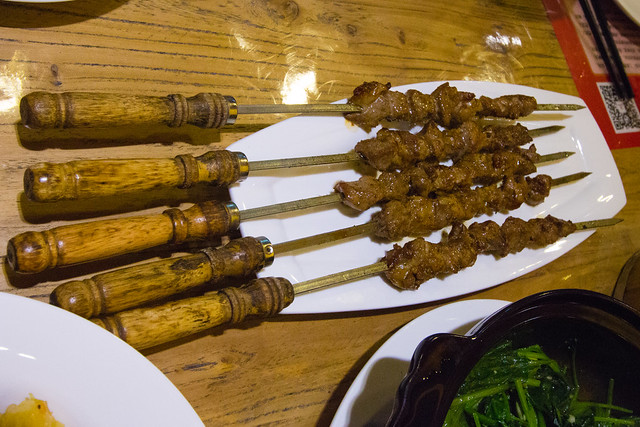 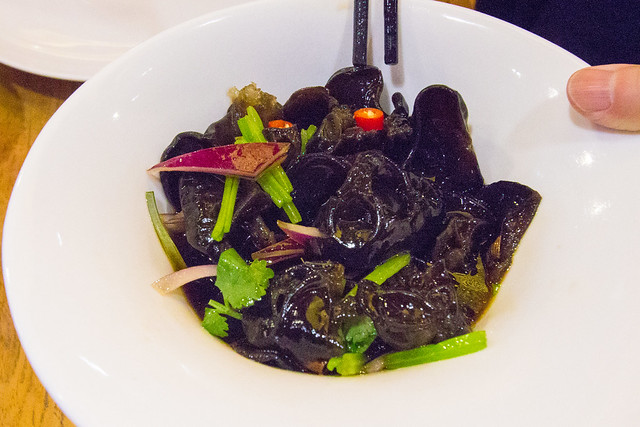 The Chinese usually eat their dishes with rice or noodles. However, there is one type of staple food from the Nei Mengu minority from Inner Mongolia called 莜面窝窝 (yóu miàn wō wo), and Shanxi called 莜面栲栲 (yóu miàn kǎo kǎo); both are loosely translated as “honeycomb noodles”. It’s not quite noodle or rice, but it’s made from oat or buckwheat. It has a honeycomb appearance, and is served in a basket alongside a special dipping sauce. 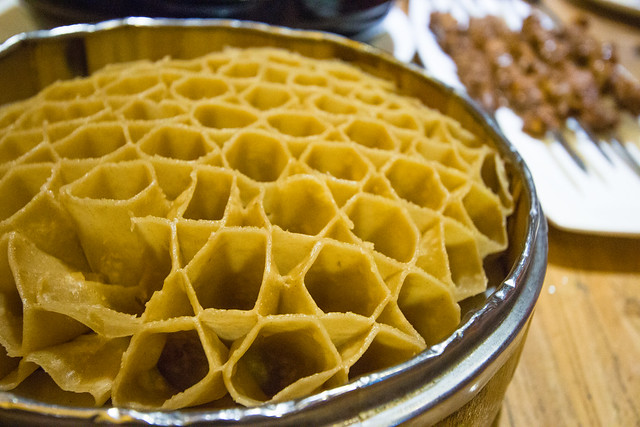 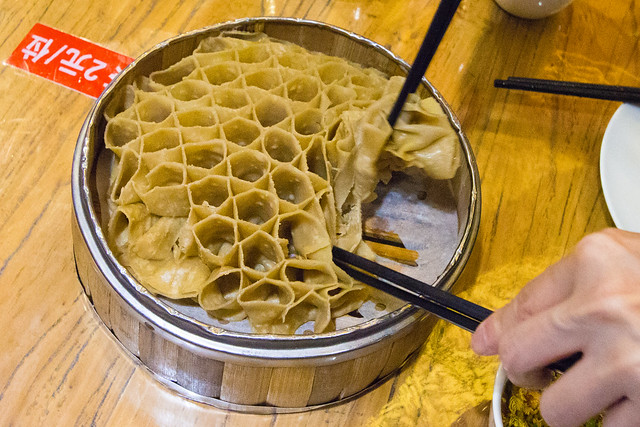 I highly recommend this restaurant! You get to try Chinese food from the Northern, Western, and Northwestern regions!

There’s one thing you should be wary of, when you’re eating at any restaurant in China. The country has banned smoking indoors but there are folks that will not follow the rules (those folks may consider it more of a “guideline” than a law). So if you’re sensitive to cigarette smoking, you can inform the manager to notify the smoker to stop smoking inside. However, if the smoker fails to comply, the manager or you can inform the police.