We flew to Xi’an from Shenyang, with a stopover at Datong. We stayed at Holiday Inn in the Xi’an Hi-Tech Industries Development Zone, a modernized area currently under development. Some high-rise buildings are completed, while some are under construction but nearing completion.

Across the street from Holiday Inn was a high-rise building called SOHO A, which housed several restaurants. The building itself isn’t fully finished and the walkways were dark, but some restaurants were open. The decor of 西安调调 caught our eye, and it had a picture of a noodle bowl in the signage, so we decided to check it out. The waitress said today was the first day of business for this shop! So, all the restaurants open in this area (including this one) must have opened very recently! 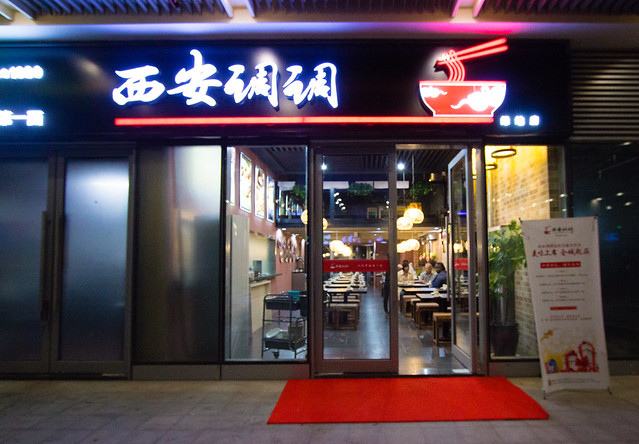 西安调调 is a restaurant chain in Xi’an that specializes in noodles. When we were seated, the waitress gave us watermelon slices on a spoon, along with spicy side dishes. 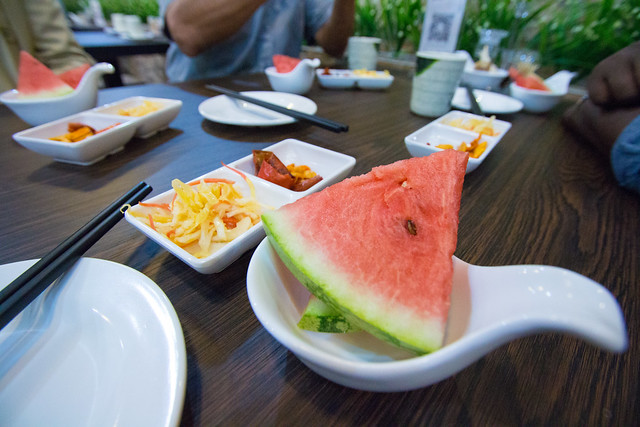 The menu was in Chinese, and Pastor Chan ordered for all of us. We had fried fish for appetizer. It was chewy like beef jerky but also juicy and flavorful. 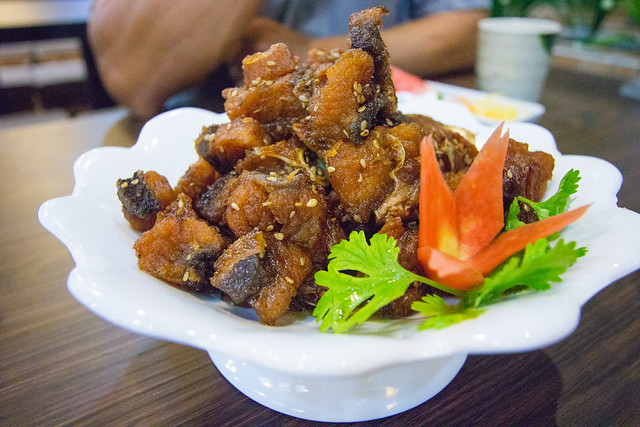 I had a noodle bowl that had beef, mushrooms, yu choy (also called edible rape or green chouk uyn jak sum), and cilantro in addition to the freshly made noodles. All ingredients were fresh, which made it a very refreshing meal! 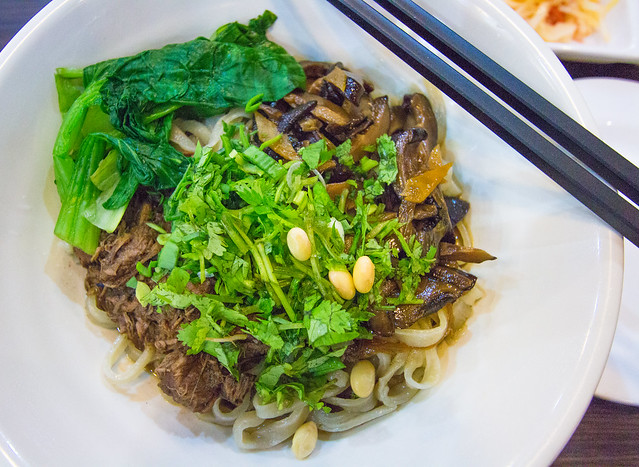