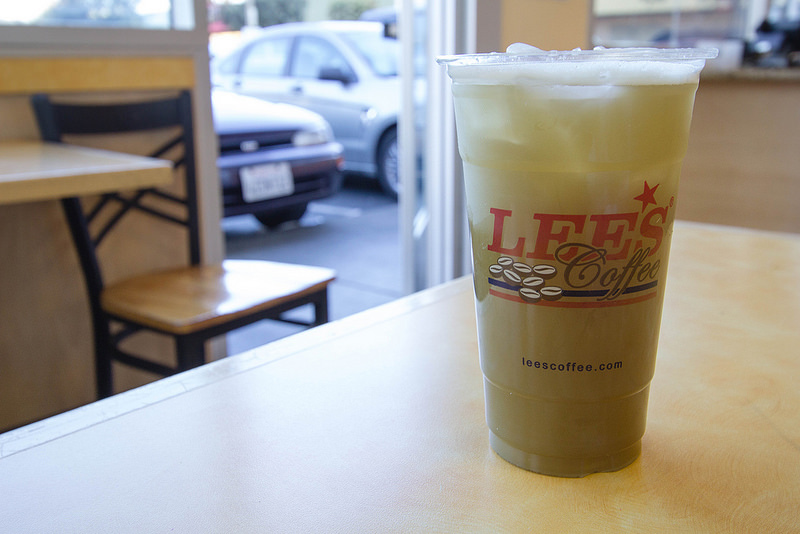 I was in Downtown San Jose to attend a food photography workshop taught by Chris Rochelle of Chow, at the SJ Museum of Art (yes, such a class exists!). Afterwards, I went to Lee’s Sandwiches to grab nước mía (sugarcane drink) I’d get often while attending SJSU. The drink was so refreshing in the balmy weather! 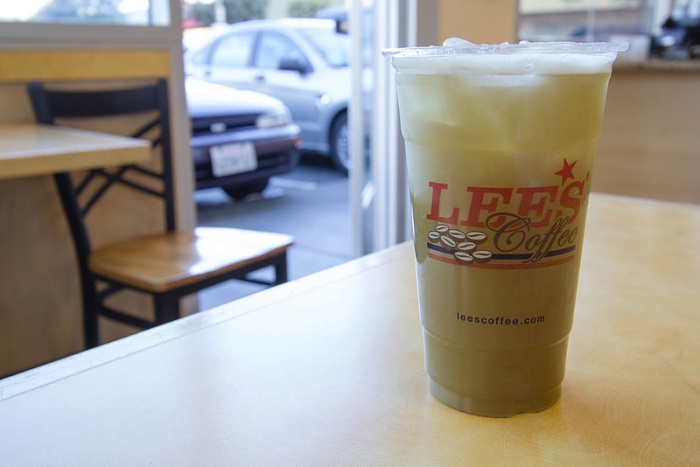 Sugarcane juice, called nước mía, is very popular in Vietnam as a refreshing drink in the hot climate. Kumquat juice, a citrus, is often added to balance the sweetness. It is available at numerous small street stalls and is often sold alongside other popular Asian beverages. It was common for sugar cane juice to be sold in small plastic bags filled with ice, with the open end attached around a drinking straw by a rubber band. It is now more commonly sold in disposable plastic cups. (Wikipedia)

Little did I know that sugarcane drink is also consumed in several other countries; there are many other places where it’s grown. Each country seems to have a slight variation of the drink, where either ginger, lime, kumquat, pineapple, salt, etc. are added. I, however, like it plain!