Went to a sushi place in Downtown Mountain View with several coworkers, to celebrate a birthday! We were all served tea, which had the taste of roasted brown rice. Genmaicha is one of my favorite teas; you can get them in teabags or boxes at most Asian supermarkets. 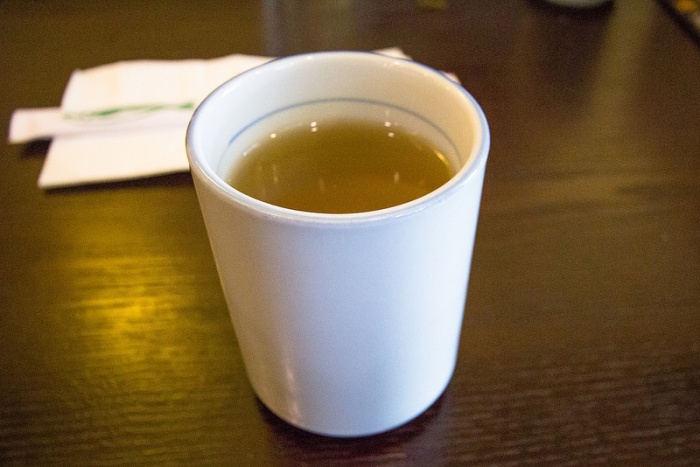 Genmaicha (玄米茶, “brown rice tea”) is the Japanese name for green tea combined with roasted brown rice. It is sometimes referred to colloquially as “popcorn tea” because a few grains of the rice pop during the roasting process and resemble popcorn. This type of tea was originally drunk by poor Japanese, as the rice served as a filler and reduced the price of the tea; which is why it is also known as the “people’s tea.” It was also used by those persons fasting for religious purposes or who found themselves to be between meals for long periods of time. Today it is consumed by all segments of society. Tea steeped from these tea leaves has a light yellow hue. Its flavor is mild and combines the fresh grassy flavor of green tea with the aroma of the roasted rice. Although this tea is based on green tea, the recommended way to brew this tea is different from that of green tea. To make best aroma, it is recommended to use boiled water with brewing time of 30 seconds. (Wikipedia)