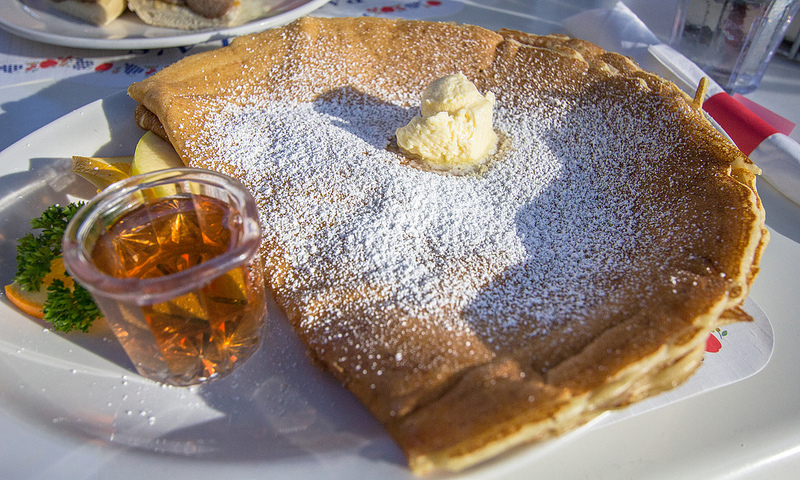 My sister and I took a small roadtrip to Solvang and Santa Barbara. Solvang is a quaint Danish town, in between San Luis Obispo and Santa Barbara. Solvang was founded in 1911 by three Danish-American educators; they named the settlement Solvang, meaning ‘Sunny Meadow’, for the rich farm and ranch lands of the Santa Ynez Valley. Solvang is now considered as California’s “Little Denmark”. 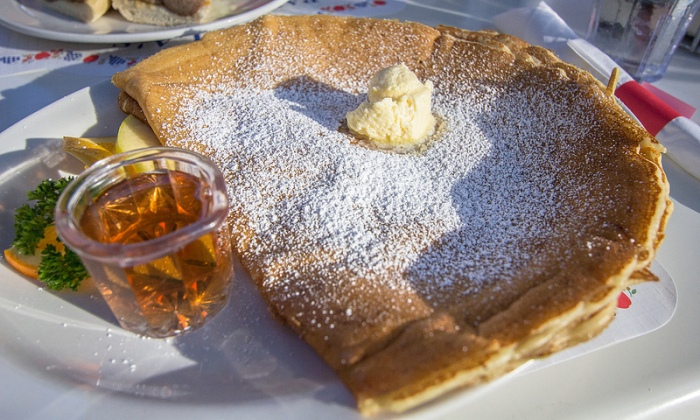 Danish pancakes (pandekager) are much thinner and lighter than buttermilk pancakes, but thicker than crêpes. These pancakes are now my favorite kind of pancakes!

Pandekager is also not to be confused with æbleskiver, a spherical Danish pancake. We passed by a store that sold the latter kind of pancakes, but were too full from our 3pm lunch. I’ll have to try getting æbleskiver next time I go to Solvang!