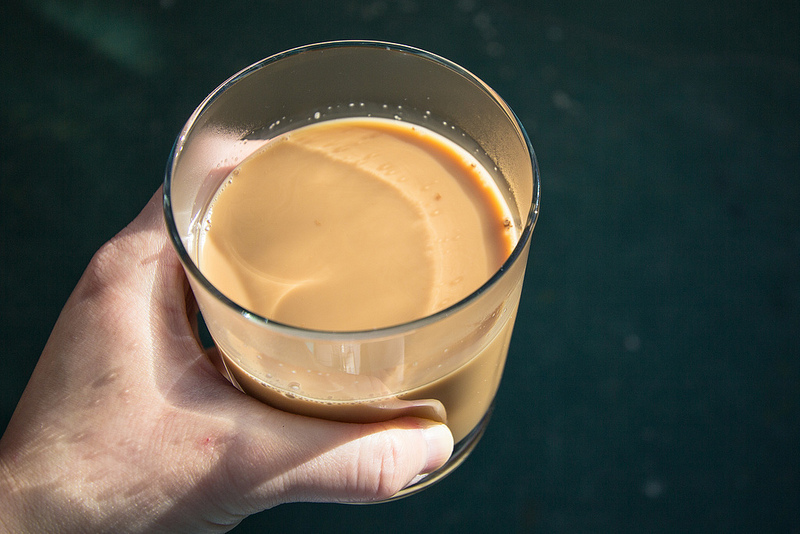 Every morning, either my mom or dad makes tea and put in my tumbler, for me to take to work. The type of tea I get feels like a surprise, because I have no idea what tea it is until I open it, and usually have to figure out what tea it is by taste. So, I’m all beams when I open my tumbler and discover that my drink is of tan color, because it’s my favorite hot drink, the HK-style milk tea! It’s very common for families from HK to have milk tea in the mornings. It’s even more special when your mother or father prepares it for you!

Yesterday, I picked up a clear glass cup from Crate & Barrel so I can take photos of beverages that aren’t sold in clear containers. I put that to good use for today’s drink! I poured it out of my tumbler just for this blog! ;D 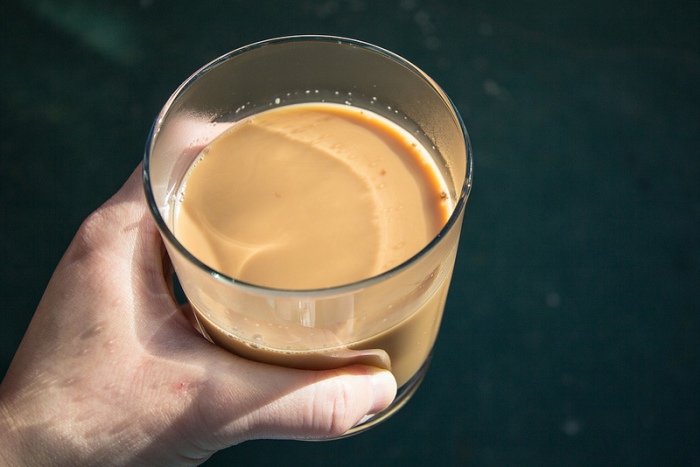 Hong Kong-style milk tea originated from British colonial rule over Hong Kong. The British practice of afternoon tea, where black tea is served with milk and sugar, grew popular in Hong Kong. Milk tea is similar, except with evaporated or condensed milk instead of ordinary milk. It is called “milk tea” (Chinese: 奶茶, Cantonese: “naai cha”) to distinguish it from “Chinese tea” (Chinese: 茶, Cantonese: “cha”), which is served plain. Outside of Hong Kong it is referred to as Hong Kong-style milk tea. (Wikipedia)