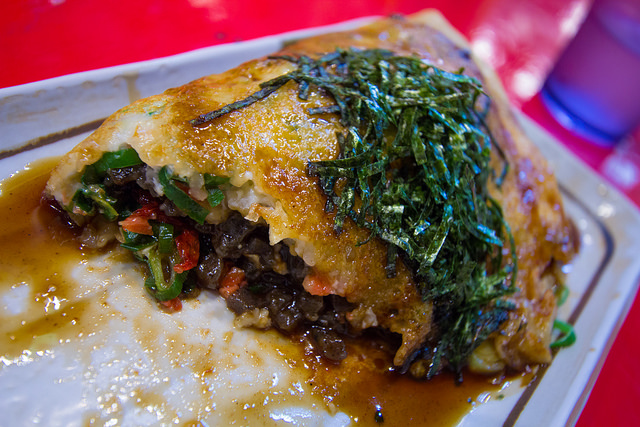 Issen Yosyoku (also spelled as ‘Issen Yoshoku’ elsewhere on the internets) is a shop in Gion that’s famous for their okonomiyaki. Their storefront can’t be missed; there’s a statue of a dog chasing after a boy and pulling down his pants! 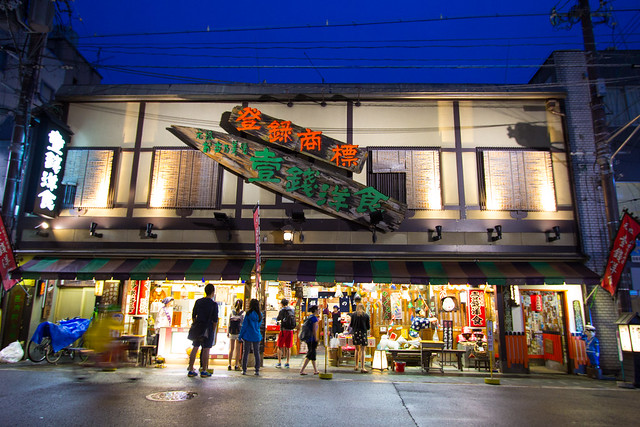 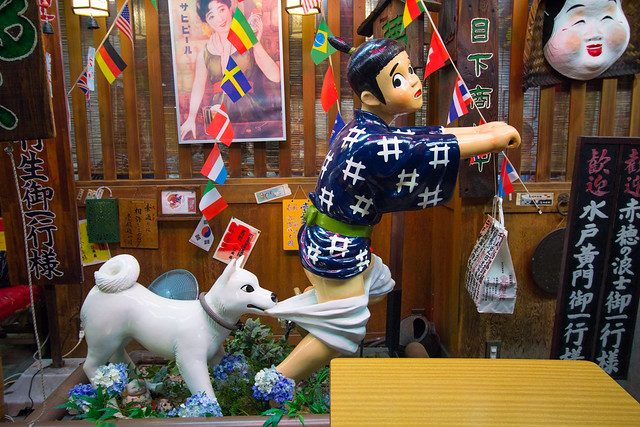 Okonomiyaki is a popular pan fried food that consists of batter and cabbage. Selected toppings and ingredients are added which can vary greatly (anything from meat and seafood to wasabi and cheese). This variability is reflected in the dish’s name; “okonomi” literally means “to one’s liking”. The dish is available all over Japan, but is most popular in the west, particularly the cities of Hiroshima and Osaka.

Although okonomiyaki is most popular in the Kansai region of Japan, each prefecture has their own style and ingredients. The Kyoto-style okonomiyaki, called issen yoshoku, looks like an American-style omelette when it’s served. 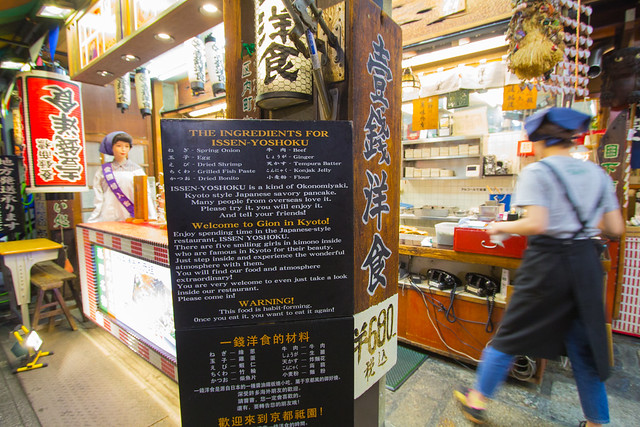 At the left side of the storefront (behind the sign in the above photo) is the open kitchen, where the okonomiyaki is made. The batter is first placed on the teppan (iron griddle), followed by the ingredients, and then folded in half. You can have your okonomiyaki customized to your liking, or with all the ingredients, for ¥680 each. 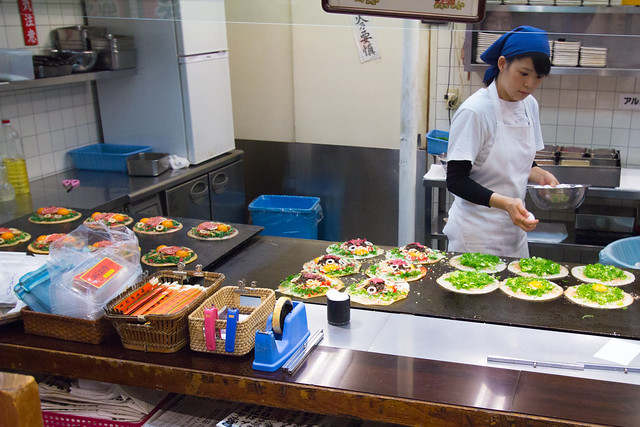 Kyoto Foodie tells us more about this (comical) place:

The owner of Issen Yoshoku is quite a jokester, starting with the menu. The bright red menu is gigantic and when you open it, the only dish served is prominently displayed.

The interior is hot and heavy with sexual innuendo, however it isn’t sleazy. The owner says that as he grew up in Gion, as a child he saw the entire world of adults, the ‘front and the back’ and while Gion was not and is not a redlight district, after food and drink, sex is often next on the menu, so to speak.

At each table in the establishment is a cute, young kimono clad mannequin, to keep you company. The owner says it is to trick drunken men as they pass by at night, they see what appears to be cute single young ladies all alone and step in for a bite to eat. I highly doubt that anyone is really fooled. Many of the modern drinking establishments in Gion are ‘hostess bars’ where young gals keep the male patrons company while they drink. These bars are often very expensive, Issen Yoshoku on the other hand is a very reasonably priced place, so the gals are just mannequins!

On the walls are ema (絵馬) these small wooden plaques are a staple of Shinto shrines. They are purchased then a wish or prayer is written on them, then it is hung up to receive the blessing of the gods. Here at Issen Yoshoku, there are a few hundred of them on the walls, all on the theme of sex. The owner says that even the jaded police officers that come in for a bite from the police box around the corner just laugh. 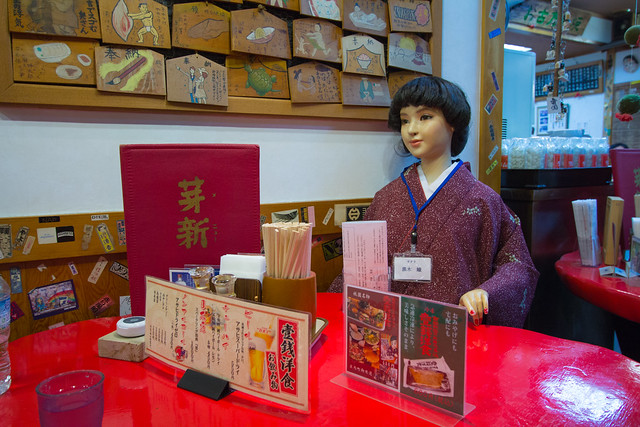 My sister and I shared an okonomiyaki without egg (she’s egg intolerant). 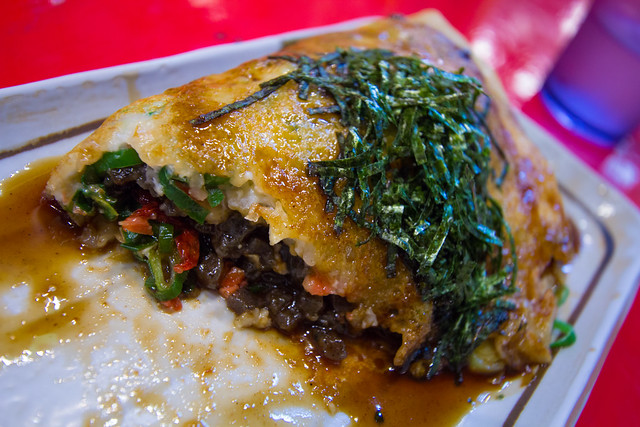 The okonomiyaki was delicious, and the konjak jelly made it somewhat crunchy too. This is a must-eat dish when in Kyoto!