The four of us split into two groups this morning. One group went to a Mandarin-speaking Christian church where Pastor Chan preached. The other group, which I was with, went to a deaf Christian church. Both groups rejoined for lunch. 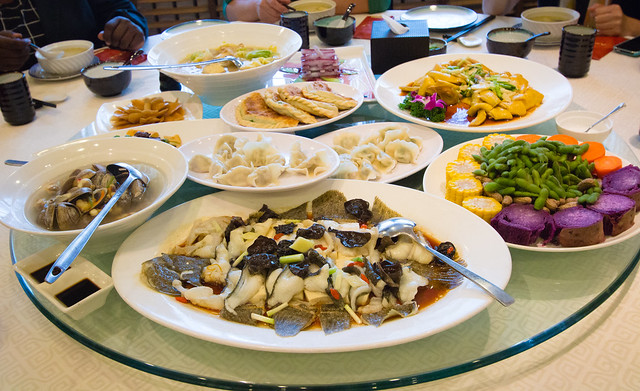 We had lots of fresh and tasty dishes! Here are close-up shots of some dishes that I managed to take. 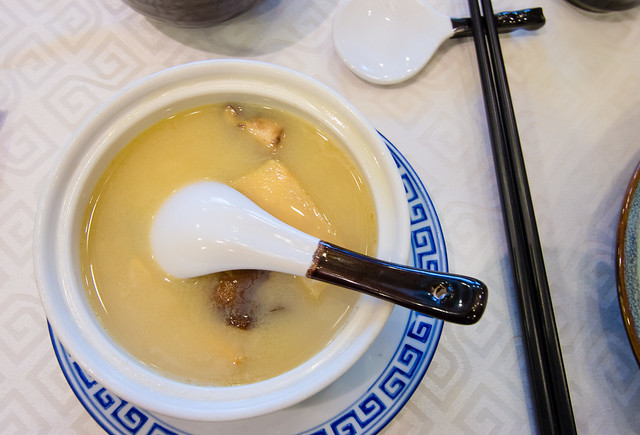 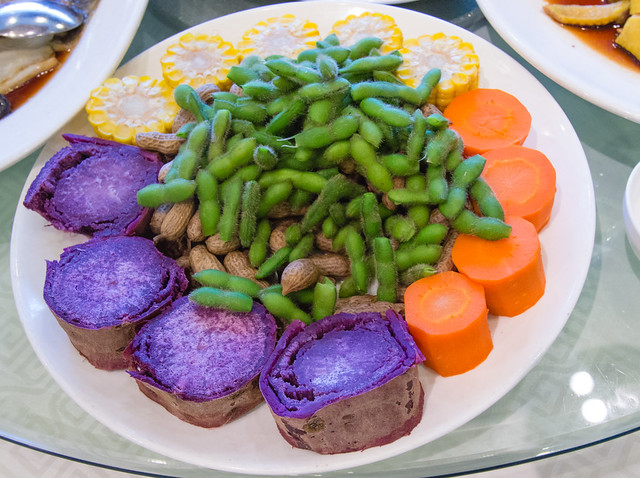 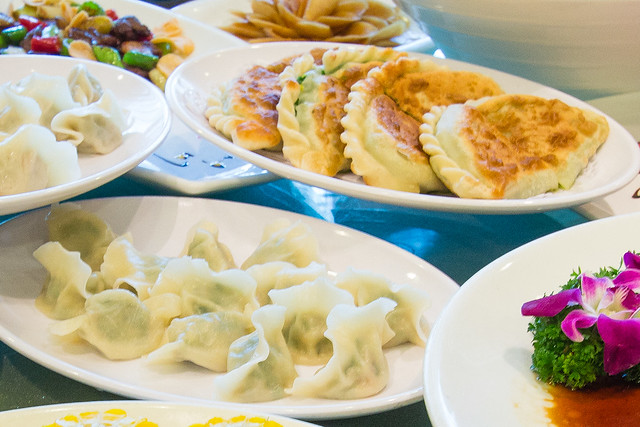 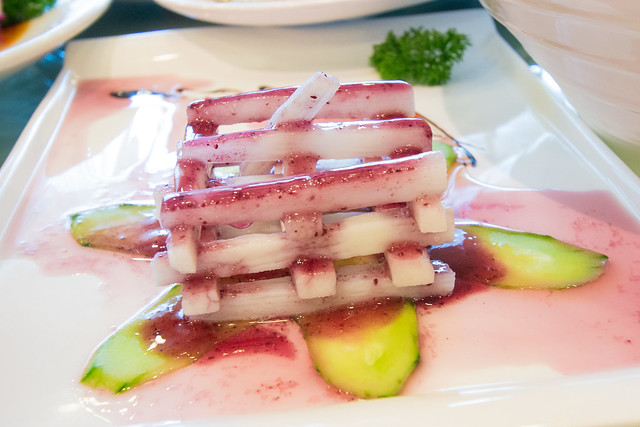 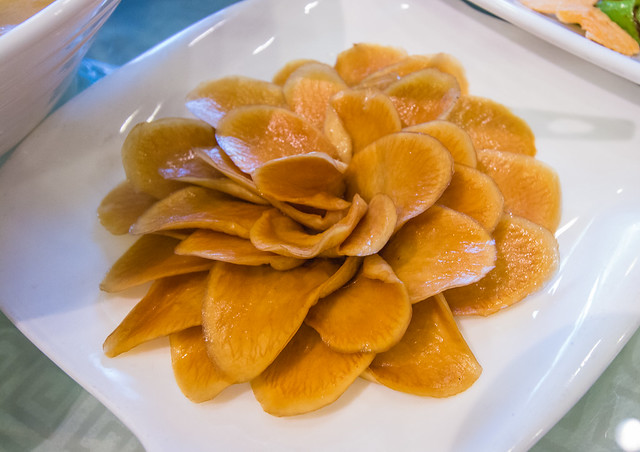 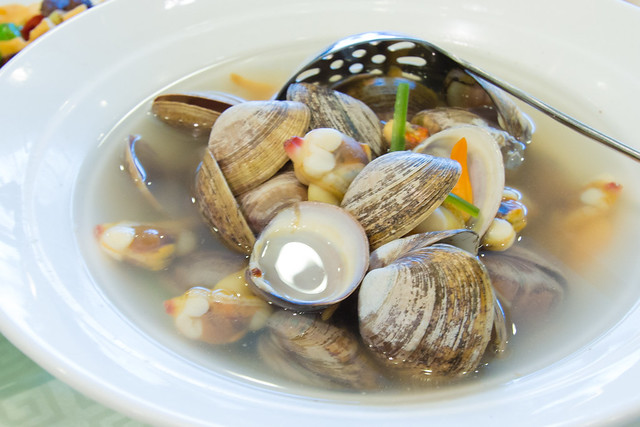 For some reason, two guys at my table kept scooping me clams. Maybe they somehow knew I loved eating clams! The clams were really fresh, though!

At the end of the meal, we had watermelon which was very juicy and sweet. Watermelon is abundant in Asia and imported to the United States. It’s the opposite for orange, which explains why some Chinese restaurants in the US serve oranges, while restaurants in China serve watermelon. 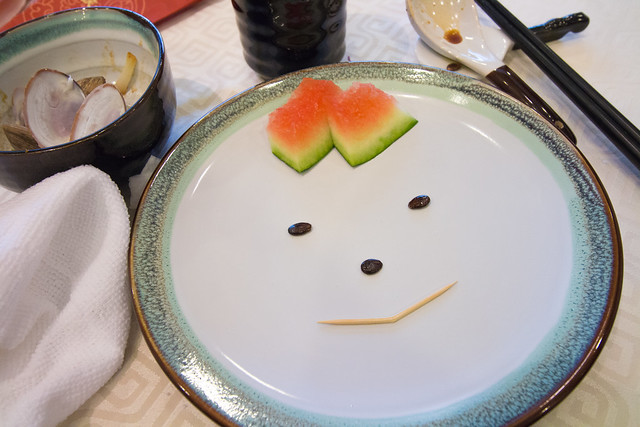 Everyone at the table was chatting primarly in Mandarin. I did not sit next to anyone that could translate to English, so I became bored and got creative with my watermelon slices. :D