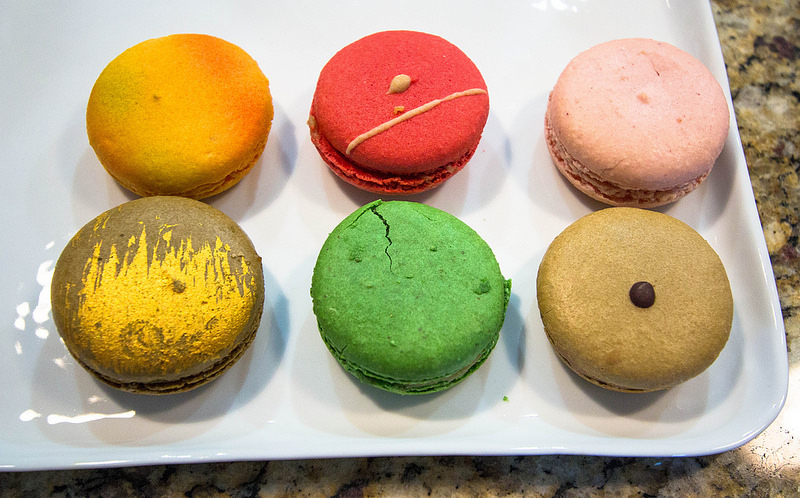 I picked up a couple of macarons for an afternoon French food party at a friend’s! 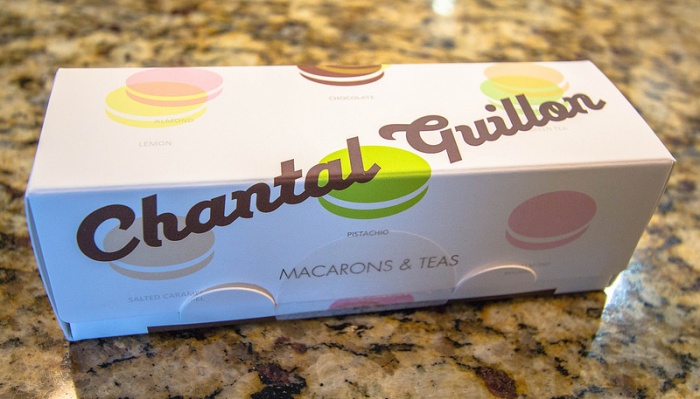 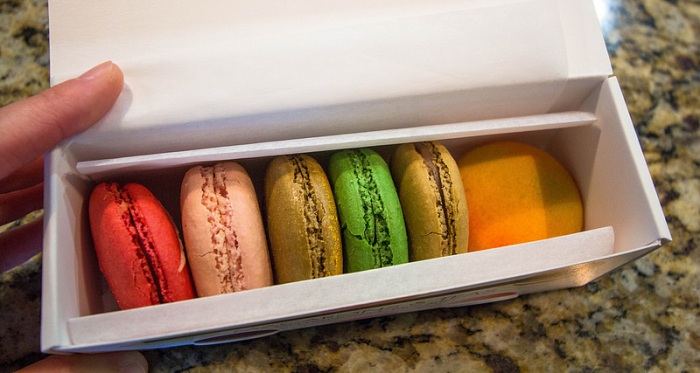 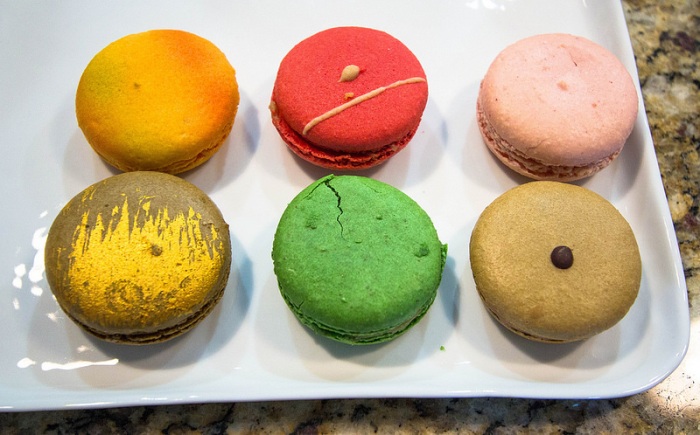 The flavors I picked were (in last photo, left to right, top to bottom) mango, raspberry, rose, salted caramel, pistachio, and coffee.

Macarons are usually pretty expensive; at Chantal Guillon, it was $1.85 per macaron or $11 for a pack of six macarons.

Here’s a bit of history behind the macarons, from Mad Mac:

The Macaron cookie was born in Italy, introduced by the chef of Catherine de Medicis in 1533 at the time of her marriage to the Duc d’Orleans who became king of France in 1547 as Henry II. The term “macaron” has the same origin as that the word “macaroni” — both mean “fine dough”.

The first Macarons were simple cookies, made of almond powder, sugar and egg whites. Many towns throughout France have their own prized tale surrounding this delicacy. In Nancy, the granddaughter of Catherine de Medici was supposedly saved from starvation by eating Macarons. In Saint-Jean-de-Luz, the macaron of Chef Adam regaled Louis XIV and Marie-Therese at their wedding celebration in 1660.

Only at the beginning of the 20th century did the Macaron become a “double-decker” affair. Pierre Desfontaines, the grandson of Louis Ernest Laduree (Laduree pastry and salon de the, rue Royale in Paris) had the idea to fill them with a “chocolate panache” and to stick them together.

Since then, French Macaron cookies have been nationally acclaimed in France and remain the best-selling cookie in pastry retail stores.

Also, do not confuse macarons with macaroons (taken from The Macaron Diaries):

The confusion between macarOOns and macarOns is a common one. While both cookies are gluten free, they are completely different desserts and it’s important to not confuse the two (I have found that several cafes still label macarons as macaroons…this is blasphemous in patissiere world!)

Macaroons are often deemed an American cookie however like everything else, there are several varieties. Generally, most recipes for macaroons call for egg whites, ground or powdered nuts (generally almond or coconut) and sugar.